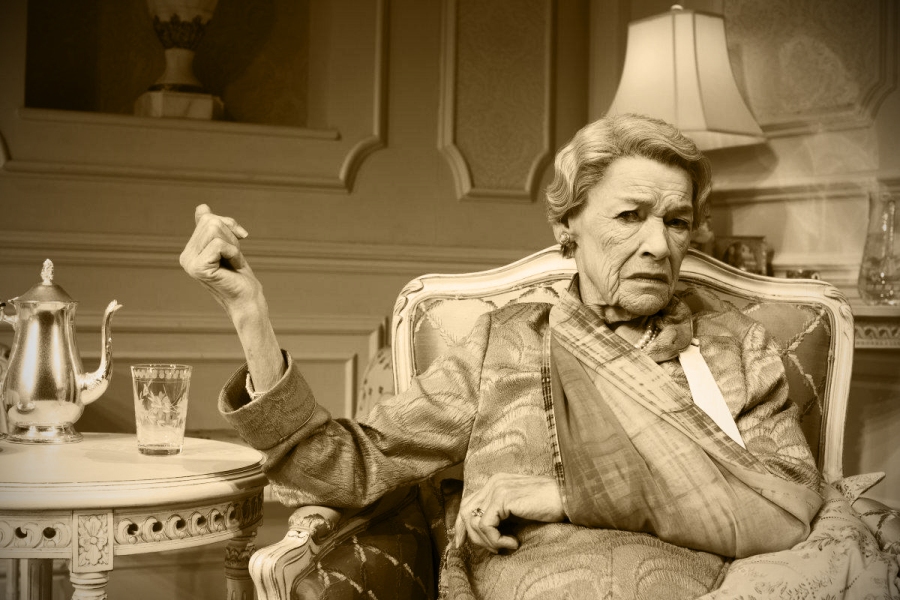 I’ll call it: chances are very good that Dame Glenda Jackson is going to get a Tony nomination for her spectacular performance in Three Tall Women. In the current Broadway revival of Edward Albee’s 1991 play, Jackson plays a wealthy widow looking back on her life, first to a captive audience – a 56-year-old caretaker and a 26-year-old legal professional – then in an impressionistic dialogue with herself at those women’s ages.

Jackson returns to the Broadway stage after a 30-year absence, giving a masterful performance that is by turns imperious, hilarious and mesmerizing. Laurie Metcalf also rivets your attention with her drolly nuanced take on the middle-aged role. Alison Pill has much less to work with in the remaining role, but she acquits herself well in this impressive company, no small feat.

Joe Mantello’s direction is supremely tidy. He’s cast the play with talent that’s beyond incredible, and he just lets the actors go about their work while keeping them out of each other’s way. Honestly I think that its really easy for Pill and Metcalf to throw their focus to Jackson – they’re as excited to see her do her stuff as we are.

Mantello’s work dovetails beautifully with Miriam Buether’s elegant and functional set design. The set suggests taking steps in and out of “reality” in a marvelously understated way. The production is exquisite in every possible way: visually, intellectually, emotionally, artistically and on and on. Very highly recommended.