I’ve always preferred the early “rock operas” of Andrew Lloyd Webber and Tim Rice to Webber’s later Rice-less musicals. So I’m thrilled that Jesus Christ Superstar and Evita are back on the boards this season. And with director Des McAnuff’s lean and propulsive production of Superstar, so far one out of the two is strongly represented on the Main Stem.

Of course the title is a bit of a cheat; Superstar actually focuses on Judas Iscariot, the disciple who would ultimately betray Jesus. The musical is based very loosely on the Gospels’ account of the last week of Jesus’ life.

One of McAnuff’s more prominent gifts as a director is his ability to keep things kinetic and moving, and that’s true in spades here. Choreographer Lisa Shriver kicks it up even further, taking his stage pictures and animating them with incredibly energetic rhythm. The metallic spareness of Robert Brill’s set, together with Howell Binkley’s expressionistic lights, reinforces the “rock concert” atmosphere.

Webber’s music for Superstar is full of youthful vitality (he was 21 when the hit concept album was released in 1969), and it is powerfully sung by an appropriately young cast. The parts of Jesus and Judas were originally sung by proto-heavy metal screamers Ian Gillian and Murray Head, respectively. This production’s Paul Nolan (Jesus) and Josh Young (Judas) have similarly titanium-plated high tenor voices – they match Gillian and Head for passion, and exceed them for musicality, expression and precision.

This production’s Mary Magdelene, Chilina Kennedy, gives a movingly understated interpretation of the show’s big hit “I Don’t Know How to Love Him”. McAnuff has also given her character some interesting interactions with Judas that deepen the most underwritten of the three leads, and she plays it well.

There’s been some say that this production isn’t campy enough. To which I say, if you are coming to Superstar for camp, oh honey you are barking up the wrong tree. There is only one intentionally campy song in the whole show, “Herod’s Song”, and even that has a bit of a dark, vicious edge. Any other camp that one might find here comes from the fact that the show is so earnestly serious.

I am the first to defend intentional camp that is intelligently done. But as a director I have to say that condescending to the material you are working on is never a good choice. McAnuff rightly runs with Superstar‘s hard-driving seriousness, and it’s actually a much more entertaining production for that very reason. 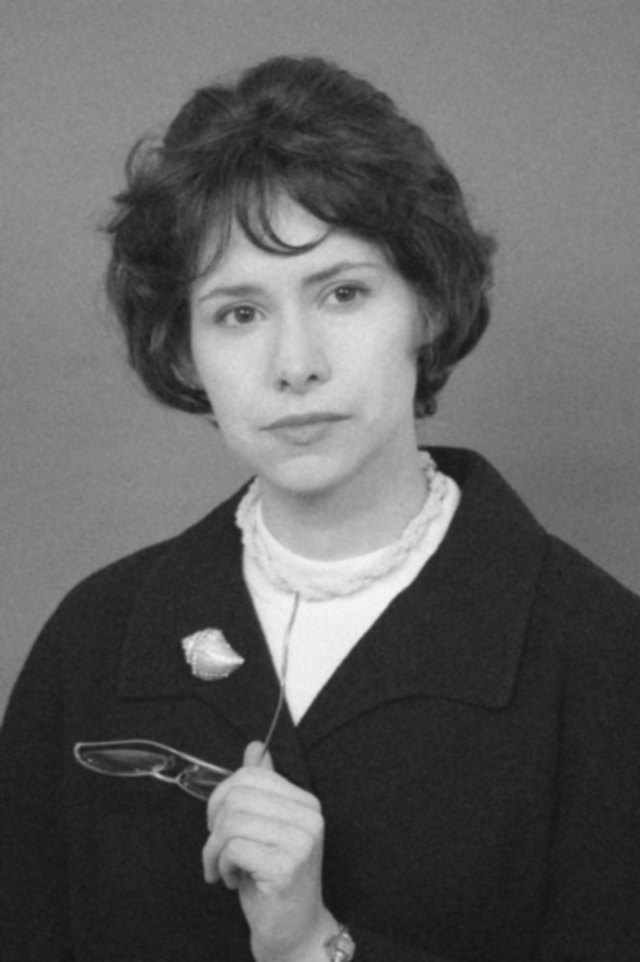 Nellie McKay is a highly individual talent, a supreme stylist, with wild, crazy creativity and substantial musical intelligence to match her razor-like interpretive ability. To mark the 50th anniversary of the book Silent Spring – the first major expose of pesticides in the environment – McKay has put together a special show about its author Rachel Carson, the trailblazing environmentalist.

The key word in that last sentence is “special” – this is cabaret as only Nellie McKay could do it. She does the entire act while literally playing the role of Rachel Carson, right down to period-accurate costumes and props. And period-accurate music and speaking styles as well. I’ve noticed her perfectionist sense of history before, but it has never been on as complete display as it is in this act.

She also knows when to break out of time and place to make a point. She performs Neil Young’s 1970 song “Ohio” while enacting Carson’s study of the effects of pesticides on birds in the 1950s. Through using the anachronistic song, McKay subtly makes the point that Carson was way ahead of her time. And the musicianship is beyond reproach – there are occasional off-key harmonies, but those are also clearly stylistic choices as well.

The act is so complex, in fact, that it seems decidedly under-rehearsed. This is experimental performance art meeting high society cabaret, and is very much a case of immensely talented people stretching their abilities to their limits. That it is as swimmingly successful as it is, is no small achievement.

McKay’s combination of irony and heart-on-sleeve sincerity is utterly unique, her performance style multifarious and unpredictable. She’s a true original, and it’s an exceptional pleasure to see and hear her take such exciting risks in such an intimate setting.

This latest incarnation of the legendarily troubled musical by Michael Gore and Dean Pitchford, is an entertaining mess – not great, but not awful. Its infamous 1988 Broadway run reportedly had some of the worst problems of tone and taste, in any art form, ever. This new version has solved the problems of taste – the worst moments here are just inept, not truly tasteless – but only partially solved those of tone.

Based on the hit Stephen King book and Brian DePalma film of the same name, Carrie tells the story of the titular high school misfit, an outcast who’s bullied by both the school’s mean girls and her religious nut of a mother. But Carrie’s telekinetic, and this mix of oppression and the supernatural has horrific consequences.

Even in the Broadway flop version, audiences and critics could already see that the scenes between Carrie and her mother Margaret were genuinely riveting music drama, and that’s true here too. Marin Mazzie delivers a Margaret whose turn to religion is an understandable escape from the evils of of an over-sexualized, man-dominated world. Molly Ranson can stand up to Mazzie in the singing department, and manages to make some sense of Carrie’s bruised and buffeted personality, no small feat.

It was the scenes with the high school kids that led to the most egregious lapses in the Broadway production, and they are still problematic here. The opening number “In” was originally sung by only the girls in gym class. It’s now sung by the entire “high school” ensemble, in a tone that suggests the simmering angst of Spring Awakening. It makes more sense as an isolated number now, but still doesn’t properly manage our expectations of what we are about to see.

Because Carrie isn’t particularly about the angst of those kids, it’s about Carrie dealing with their brutal indifference to her angst. The high school scenes and songs veer toward the stereotyped and campy, and are perversely more successful and entertaining when they do so. But bookwriter Lawrence D. Cohen hasn’t intentionally set out in this direction, and his own attitude toward the high school experience is frustratingly ambivalent – not a good attitude to have when working on a story about the most horrific prom ever.

For all that, though, I kept finding myself reflecting on what I would have thought of this had I no knowledge of the show’s notorious history. On those terms, Carrie is an entertaining mixed bag, modestly tuneful and vigorously staged by Stafford Arima. Worth seeing both for its place in musical theatre history, and in its own right as an Off-Broadway diversion.

Paper Mill Playhouse’s Damn Yankees is a quality revival of this energetic and charming old-fashioned musical. Yankeesfollows passionate baseball fan Joe Boyd (Joseph Kolinski), who sells his soul to a devil named Applegate (Howard McGillan) in order to help his home team, the Washington Senators, beat out the Yankees for the pennant.

Middle-aged Joe Boyd is transformed into young Joe Hardy (the appropriately athletic newcomer Christopher Charles Wood), who can knock the ball out of the park every time. When Joe starts missing his old life (and wife), Applegate brings in sexy Lola (Chryssie Whitehead), who tries to seduce Joe, singing the show’s biggest hit “Whatever Lola Wants”.

The original 1955 production was only the second time Bob Fosse had choreographed for the Broadway stage. Choreographer Denis Jones provides the merest whiff of Fosse’s style, which turns out to be a very smart move; the mambo-inflected “Who’s Got the Pain?”, for example, makes much more sense in this lightweight show without that oddly compelling Fosse menace. Whitehead delivers Jones’s choreography with playful aplomb both in “Pain” and above all in “Whatever Lola Wants”. Susan Mosher is a scream in the small but delightful comic role of Senators fan Sister. And who doesn’t love hunky chorus boys dressed as baseball players?

Christopher Charles Wood, however, is the real reason to see this production; he’s handsome, well-built, sexy and has acting and singing ability that more than matches his looks. Director Mark S. Hoebee has clearly done the work with Wood to make sure that his Hardy and Kolinski’s Boyd have the same personality. All in all, this Damn Yankees is solidly entertaining, with plenty of heart.

Part of the joy of listening to really good jazz is the exciting spontaneity of improvisation. A rhythm that jumps out of nowhere, a melody that turns in an unexpected direction. In the cabaret show they are doing at the Cafe Carlyle, trumpeter Herb Alpert, his singer wife Lani Hall and the expert players behind them, this thrilling spontaneity is on more outlandish display than I think I’ve ever experienced in the world of cabaret.

Alpert is most associated with his group the Tijuana Brass, and was also a recording industry executive — he is the “A” of A&M Records, which he founded with business partner Jerry Moss. Lani sang with A&M artist Sergio Mendes and Brasil ’66, most famously on their hit version of “Mas Que Nada”. In the act at the Carlyle they perform selections from the two albums they’ve recently recorded together (the first time in their decades-long marriage that they’ve collaborated in that way), as well as a medley of Tijuana Bras hits.

I can’t overstate the impressive and exciting musicianship in this act. Alpert has structured the songs in intricate ways that leave abundant room for improvisation. They may play the same songs from night to night, but musically every performance will be utterly different. Alpert is a breathtakingly soulful player, and Lani has that kind of liquid crystal voice that songwriters dream of.

Most impressive of all was a reworking of brilliant Brazilian songwriter Edu Lobo’s “Viola Fora de Moda” – which Alpert has given a structure suffciently complex that the normally powerfully present Hall lost her place at the top of the number. Once she regained her composure, however, she and the band locked into a groove and improvised their way into the stratosphere. Stunning.