There have been a lot of stage adaptations of Charles Dickens’s A Christmas Carol: This holiday chestnut is an audience favorite, and – even better for theatres’ budgets – in the public domain. The best I have ever seen was a very warm and spectacular version on Broadway in 2019, which had the cast tossing and passing clementines and cookies to the audience before the show. This season’s Broadway version is second only to that one, but takes an opposite approach, leaning into the Gothic elements of what is essentially a ghost story.

In fact it’s so Gothic that in place of those clementines there are eerie sounds in the house, and a dimly lit ornate coffin on the stage. A sudden total blackout accompanied by a loud thud of a sound cue reconfirms the chilly, ominous tone. When the lights come back on, the brilliant Jefferson Mays begins narrating a version of the story closely adapted from an abridged version Dickens himself took on many a reading tour. Not for nothing Jefferson Mays is listed in the program simply as “The Mourner.”

But this is certainly not just a reading. The work of all the designers, especially Projection Designer Lucy Mackinnon, transmit the spectral atmosphere with great ingenuity – as spectacular as that 2019 production in an entirely different way.

Mays, long since known to be the master of playing multiple characters, plays no less than 50 here. Most effective: a Jacob Marley who truly appears to have cold dead eyes, a Bob Crachit who is genuinely warmly self-effacing, and of course Scrooge himself, whose arc of redemption Mays gives real heft. Highly recommended. 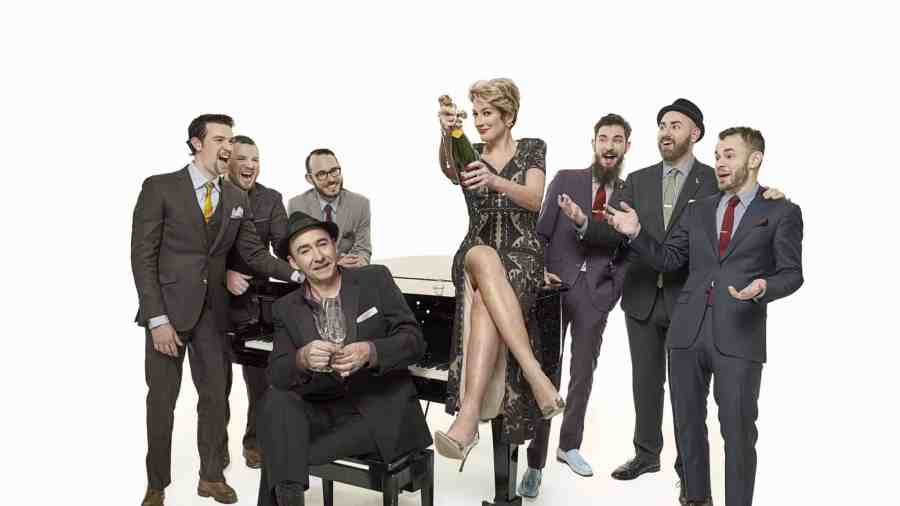 This band brought me back to life! I was a bit between blue and – as Blanche says in The Golden Girls – magenta, and The Hot Sardines gave me a solid kick in the ass. They’re on a mission to put the “hot” back into “hot jazz.” Think Louis Armstrong’s legendary Hot Five and Hot Seven combos, with a pinch of the gutbucket grit of swing revivalists like Big Bad Voodoo Daddy. Their repertoire tends to pre-1930 songs, popularized by the likes of Sophie Tucker and Mamie Smith, but they also expand into reinterpreting songs from other eras in that style.

Lead singer Elizabeth Bougerol and pianist / bandleader Evan Palazzo met in 2007 after they both answered a Craigslist ad about a jazz jam session above a Manhattan noodle shop. Palazzo passed her litmus test – he knew Fats Waller’s “Your Feet’s Too Big” and could play it off the top of his head. Since then they have been increasing the size of the ensemble; it’s presently a hot eight-piece. Perhaps most inventively, the band includes a rotating cast of tap dancers, who intentionally play the part of a percussionist more than a dancer.

Bougerol was born in France and injects the occasional French-language vocal into the mix, regardless of whether the song was originally in French or not. This sort of playful irreverence forms a central part of the band’s aesthetic, showing up in Palazzo’s frisky fugue-like intro to “Comes Love,” and in Bougerol’s elaborating on the “single-entendre” metaphors that blues singers used for dirty or “hokum” songs. Highly recommended. 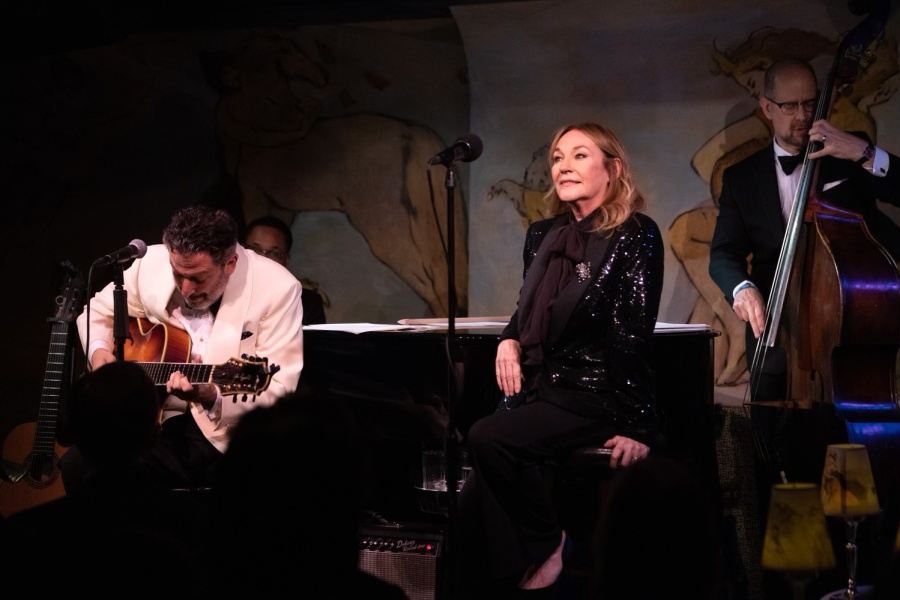 This man and wife duo are doing a fabulous new show at the Cafe Carlyle, called “East Side After Dark” perhaps in tribute to Carlyle mainstay Bobby Short’s classic 1960 live album “On The East Side” (which by the way was actually not recorded at the Carlyle). John Pizzarelli and Jessica Molaskey start with “Cheerful Little Earful”, a charmer which was first made famous by Fanny Brice.

After that, the East Side theme to one side, the pair launched into a pair of songs that praise the city more generally, the relatively obscure “When You’re Far Away from New York Town” and the song that made Rodgers and Hart’s names “Manhattan”. John gets all the jokes in the song – which is a loving satire of a bustling, smelly city – and communicates them elegantly to the audience.

The act is intended as a tribute to Upper East Side clubs of yore. The comically named Upstairs at the Downstairs is mentioned several times. There is also a loving tribute to John’s late father, jazz legend Bucky Pizzarelli, who was ironically requested to play “Pick Yourself Up” at a funeral. Jessica gets her own “after dark” spotlight with a mellifluous rendition of Blossom Dearie’s “Moonlight Savings Time”.

The continue the theme with late night cabaret legend Dave Frishberg’s “I’m Hip” which Molaskey puts her own parody lyric spin singing in a second pass, which is all about her recent hip surgery. Pizzarelli then concludes with Rodgers and Hammerstein’s biting take on racism “Carefully Taught”. Upon which Molaskey adds that they will close all of their shows “until it no longer applies” (unfortunately probably not anytime soon). Overall, the singing’s smart, the music’s deftly swung and the atmosphere sparkles. Cabaret doesn’t get much better than this.