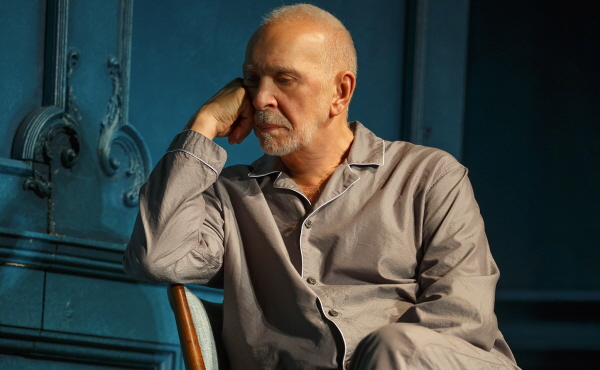 Frank Langella delivers a tour de force performance. Of course he does, it’s what he always does, and he’s done it again! In The Father, Langella plays 80 year old Frenchman André, whose mind, whether he likes it or not, is starting to go. One of the more remarkable things about Florian Zeller’s play is the way it puts you on the inside of dementia, lets you really feel the confusion from André’s point of view.

The fact that Langella is still physically imposing and effortlessly charismatic makes André’s descent all the more poignant. It’s also good casting on another level: André is a fiercely intelligent and independent man, after Langella’s own stripe.

The downside of The Father is that it requires an actor of Langella’s talents to keep it compelling. Playwright Florian Zeller, a rising star of French theatre, gives us a handful of startling coups de theatres, but there is also much in the play that is static or redundant.

As such, the other character in the play are ciphers for the most part, with the notable exception of his devoted but conflicted daughter Anne, played by Kathryn Erbe with harried dignity. Overall, Zeller’s script, for all its cleverness and insight, tends toward an icy intellectualism which does it no favors. Then again, most of French playwrighting since Beckett has had the same problem.

While these problems are a bit more serious than mere quibbles, there’s no denying that The Father really does feel designed to be a star vehicle, and it’s a largely effective one, especially with its very effective star. On that basis, I can easily recommend it. 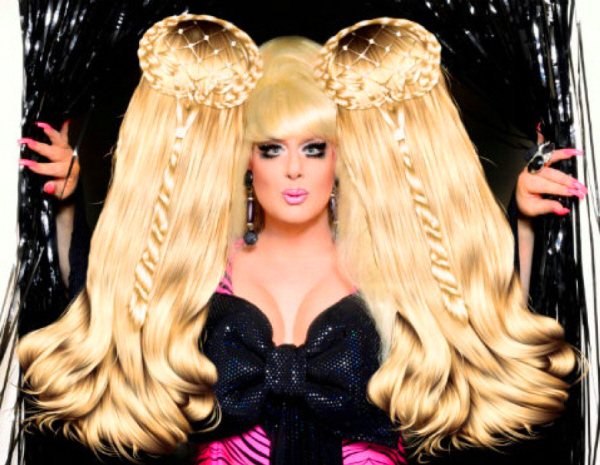 Lady Bunny sings! In the past, she lip-synched her own voice for her song parodies, both medleys and single-song versions but now she does them live. It’s skipping a step and she’s a decent singer, so this new arrangement works well. Of course for her famous, zany Laugh-In style routines, she still lip-synched, and there was a number where she performed the attitude in her voice-over, but didn’t actually mouth the words. This “Lady” doesn’t put limits on what she’s going to say or do in her new cabaret act “Trans-Jester” – one of the great charms of this show is its spontaneity.

Bunny is one of the smartest drag queens ever, and she is equally likely to launch into incisive political rants – my favorite parts of the show – or a steady stream of dick and poop jokes. She’s a powerful presence who also posses a terrific sense of when to keep it light. This show also explores her own complicated relationship with the wider transgender community, especially in the light of political correctness, which finally comes down to a more sophisticated version of “sticks and stones can break my bones, but words can never hurt me.”

She never stays in one mode for too long, and while she might go all stream of consciousness at certain points, she never quite seems to ramble. The Lady isn’t afraid of sentiment, but she’s not sappy – It’s a terrific balance, and probably the only way you could tell these on the edge jokes in a way that’s funny rather that truly offensive. She’s an energetic, mostly-for-the-laughs winner – definitely the funniest gay show in town! 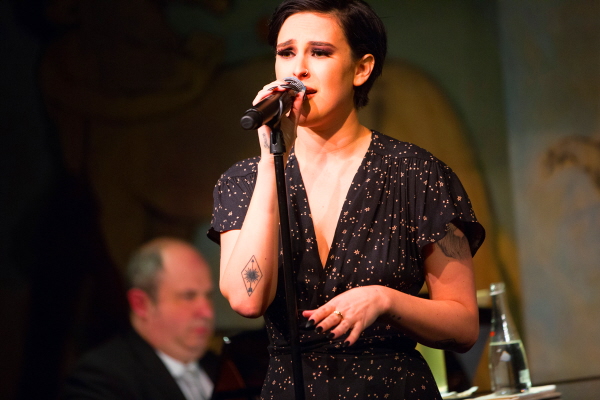 This girl is the real deal! Rumer Willis may be the oldest daughter of actors Bruce Willis and Demi Moore, but to quote the song “God Bless the Child” – of which she sings a rousing rendition – she’s definitely “got her own!” Willis covers a very diverse array of material in her Café Carlyle debut, ranging from Kander & Ebb (she did make her Broadway debut in Chicago, after all) to Wynnonie Harris’s hilarious 1951 r&b shouter “Bloodshot Eyes”, to poppier neo-soul material by the likes of Amy Winehouse and Hozier.

Vocally, Willis resembles journeyman soul ladies of the 1960s like Barbara Lewis and Gloria Jones; not the most towering vocal instrument, but strong, flexible and quite expressive. She’s really good at getting inside the character of a song and acting – no, soulfully living its story.

Her between-song patter is relaxed, but could use some shaping. She shows enough potential that it would be worth the time of one of the masters of cabaret writing/directing – a Scott Wittman or Barry Kleinbort, say – to help her out. Slumming, she isn’t, for sure: Willis and music director James Sampliner have definitely given the evening a great ebb and flow. Never too many ballads together or anything like that.

Whether you like it hot and hard-driving or cool and smooth, Willis does it all with an ease and élan beyond her 27 years. Recommended. 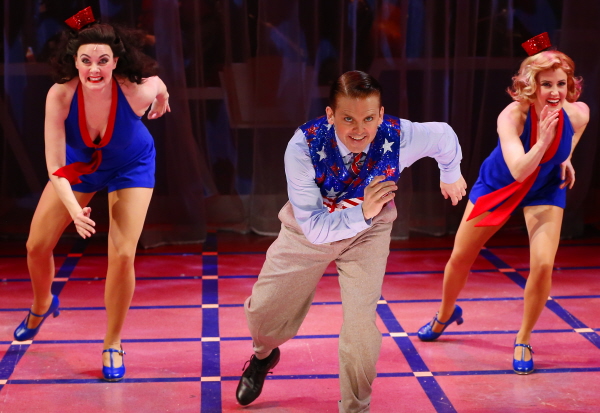 As energetic and optimistic as its subject, this James Cagney bio-musical is fizzy fun with just enough seriousness to make it a satisfying tribute to the pugnacious movie star. The show is above all a vehicle for Robert Creighton, who physically resembles Cagney, and who – more importantly – shares Cagney’s charisma and fleeted-footed dancing ability.

Creighton also wrote a handful of songs in the show’s score, showing a gift for doing pastiches of corny 1920s vaudeville, the milieu where Cagney got his show-biz start. The remainder of the business-like score is mostly by Christopher McGovern. The climaxes of both acts are nearly century-old production numbers composed by George M. Cohan, who Cagney played in the 1941 movie musical Yankee Doodle Dandy.

Director Bill Castellino keeps the show moving at a sprightly clip. The creative team in general have made the smart decision to emphasize the singing and dancing hoofer Cagney over the silver screen tough guy. For one thing, that’s the way Cagney himself would have wanted it – he hated being typecast as a gangster – and for another, more singing and dancing is obviously going to make a more entertaining musical.

Which brings us to the choreography of Joshua Bergasse, which elevates the evening from fun to truly fabulous entertainment. Of course Cagney/Cohan-style tap dance “hoofing” is the order of the day, and the routines Bergasse gives the cast are truly riveting.

Sometimes I feel bookwriter Peter Colley setting up a scene for no other reason than requiring the character’s to tap dance – a cordial competition between Cagney and his friend Bob Hope (Jeremy Benton) springs to mind. But as long as the ensuing number is as exciting as these are, frankly I don’t give a damn. Recommended.