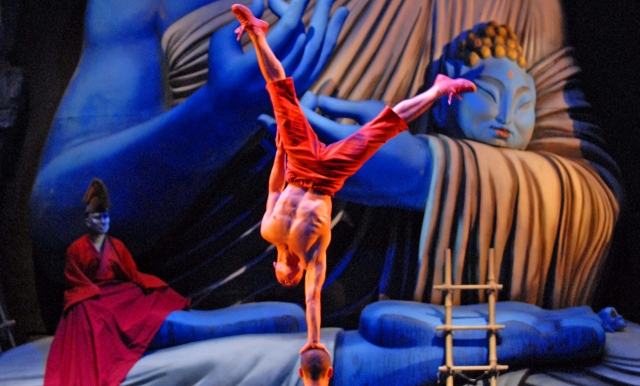 This is far more rooted in traditional Jīngjù (aka Beijing Opera) than I expected. When I was a kid, I first encountered Sun Wu Kong, the mischievous Monkey King, in a Jīngjù version of the story that came to America as part of a cultural exchange. Like any trouble-making little boy would, I totally identified with this fun-loving, irreverent primate with big dreams – and ego to match.

In addition to having a sentimental attachment to the Monkey King myth, I’m also a big fan of Albarn’s work in the pop music world, so I was very much looking forward to this. And by and large, I wasn’t disappointed. When I say Monkey is more traditional than expected, it’s a compliment: Shi-Zheng’s direction uses the acrobatic arts associated with Jīngjù, never as mere stunts, but as storytelling tools, and as elements in dynamic, evolving visual compositions that interact with Hewlett’s brightly colored designs.

It’s an exciting and sometimes even moving approach. For example, there is, near the end, some spinning of plates on poles; it quickly becomes apparent, though, that there is no danger of these pink plates falling (they’re attached to the poles). Instead, Shi-Zheng uses them to create a spectacular image of a shimmering mystic lotus unfolding for Triptaka and Sun Wu Kong.

That said, Monkey is at its most exciting when the creative team mixes the traditional with the cutting edge. This happens most often in Hewlett’s energetic animations, often showing parts of the journey which are simply too big or too epic to render in the flesh.

The weakest part of Monkey is the flow from animation to live-action – far too often there is a long moment of darkness after an animation is finished. Not a meditative pause, not a moment to catch one’s breath, just plain old dead air, which certainly diminishes the otherwise breathless impact of this spectacle.

That’s a relatively small problem, though. Monkey isn’t necessarily the artistic breakthrough one might have hoped for, but it’s still plenty of eye-filling fun, and for my money more artistically satisfying than anything I’ve seen by Cirque du Soliel. 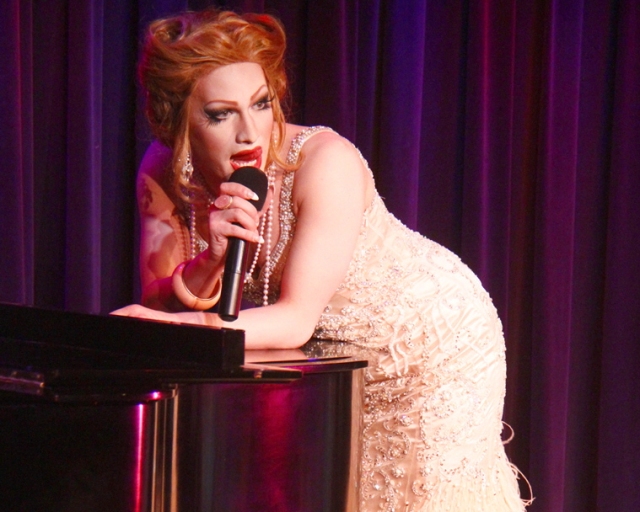 This decisively proves that Jinkx Monsoon is far more than just the latest winner of RuPaul’s Drag Race. The artist otherwise know as Jerrick Hoffer is, at the very least, one of the most talented and successfully ambitious drag artists of his generation. At most, his work in The Vaudevillians shows that he has the potential to develop into a drag performance artist worthy of being mentioned in the same breath as Taylor Mac, John Kelly and Justin Vivian Bond.

The Vaudevillians isn’t quite as searching as the best work of those artists, but it is certainly very much more than your typical gay bar drag act. The only thing it has in common with a bar show is performances of campy hit tunes both recent and classic. Here, however, those songs are sung live, and in a very different style than they were originally.

They’re filtered through this kooky conceit: In the 1920’s the married vaudeville team of Kitty Witless (Monsoon/Hoffer) and Dr. Dan Von Dandy (Richard Andriessen), while touring through Antarctica, were victims of a devastating avalanche, instantly freezing them alive. But thanks to Global Warming, they recently thawed, out only to discover that pop artists of various decades had “stolen their music and passed it off as their own!”

Hoffer and Andreissen (a more than equal acting and singing partner for his charismatic leading lady) make smart and witty use of this approach, for example combining a story out of Henrik Ibsen and a song done by Gloria Gaynor to create a torchy twenties-style anthem (when a good portion of the audience proved to have no idea who Ibsen was, Kitty tch-tched and proclaimed “go out and read a book, fer gawdssake!”). They also skew their interpretations to the raunchier and darker edge of vaudeville, avoiding its mustier, more dated aspects – except when doing so makes the joke work.

The evening has something of an arc, and even something of an edge; I’d say, tonewise, Kitty and Dr. Dan are the missing link between the wide-eyed innocence of Mickey & Judy and the corrosive cynicism of Kiki & Herb. This is an immensely entertaining introduction to a performer I hope visits New York often – let it be Monsoon season all the time!

Pippin is definitely an important show – it was the first American musical to successfully combine pop-rock with traditional musical comedy structure. And composer Stephen Schwartz’s score is exceptionally tuneful and memorable, which is well represented in this recording of the latest Broadway revival. The real news here is Andrea Martin as Pippin’s grandmother – I have never seen somebody truly stop the show with thunderous applause the way she does with her big number “No Time At All”. While the recorded version doesn’t have the visual kick of her performance, it does have a vast choir of fans including the likes of Michael Musto singing along with her, on top of a beautifully arranged chorus from the show’s cast – it casts a different, but still exciting, spell of its own. 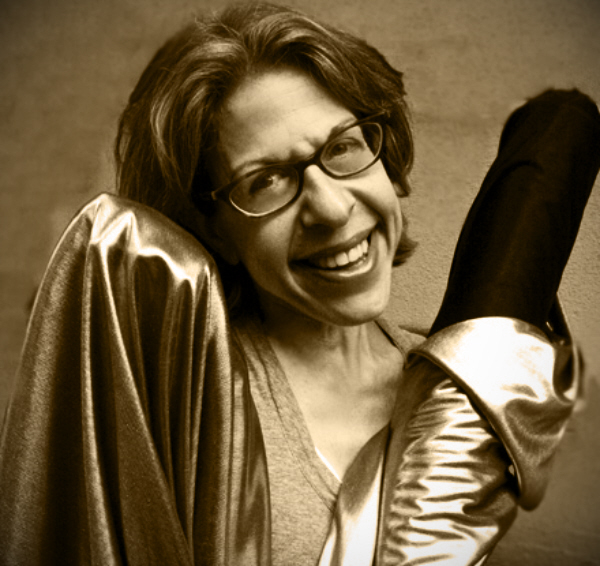 In her new show at 54 Below, “Old Woman, New Material”, Jackie continues a trend of emphasizing observational humor more and more, but the observations she makes are many times more twisted and cutting than in traditional standup – on subjects like Adolf Hitler or her own strong dislike of small children. Her comedy extends to music as well, in songs like “Pulled, Tucked and Lifted” and “iSong”.

While she clearly isn’t above making jokes at her own expense, Jackie exudes more and more confidence every time I see her. She can also be surprisingly humble and warm, and she incorporates those qualities with increasing subtlety and deftness. She also does a couple of proper showtunes in addition to her usual hilarious specialty numbers, reminding us that she is also an exceptionally talented singer.

Jackie Hoffman’s cabaret shows have long been one of my very favorite things in the whole New York performance world, and this one more than lives up to that standard. Powerful vocals, acid humor that never gets all the way to self pity, a great character actress who just gets more glamorous while never losing her razor edge – long may Jackie roar!

This is a splashly, colorful, drag-filled joyride of a show, with a soft-sold message of tolerance that never gets in the way of high-energy production numbers. Those numbers sound truly smashing on this lovingly produced cast recording, which has the bright energy and finish of a rock record. Cyndi Lauper’s music is appropriately emotional and propulsive. “History of Wrong Guys” is marvellously specific; delivered with wonderful comic timing by Annaleigh Ashford, it’s one of the album’s high points. Listening to this is almost as much as fun as seeing Kinky Boots, something not every cast recording achieves!