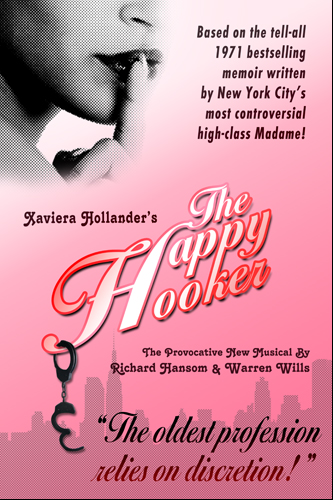 I’m directing a reading of the Broadway-bound new musical The Happy Hooker, which will be presented October 7 at The Cutting Room in Manhattan.

First published in 1971, Xaviera Hollander’s memoir The Happy Hooker: My Own Story (co-written with Robin Moore and Yvonne Dunleavy) has now sold over 20 million copies.

Producer Cindy Sibilsky presents the invitation-only reading of The Happy Hooker: The Musical, which features music by Warren Wills (The Penelopiad for the RSC) and a book and lyrics by Richard Hansom (Plan 9 From Outer Space). Xaviera Hollander herself serves as co-author and creative consultant for the musical.

A frank and informative account of Xaviera’s years as the most influential madam in New York, The Happy Hooker has been hailed as the most important book of its era on the subject of sex. Its delightfully explicit accounts of the swinger scenes of the late 1960s and early 1970s introduced its readership to jaw-dropping stories of lesbianism, bondage, fetishism and more, with a mix of shrewd observation and uninhibited appetite.

For more about my directing work, see jonathanwarman.com. 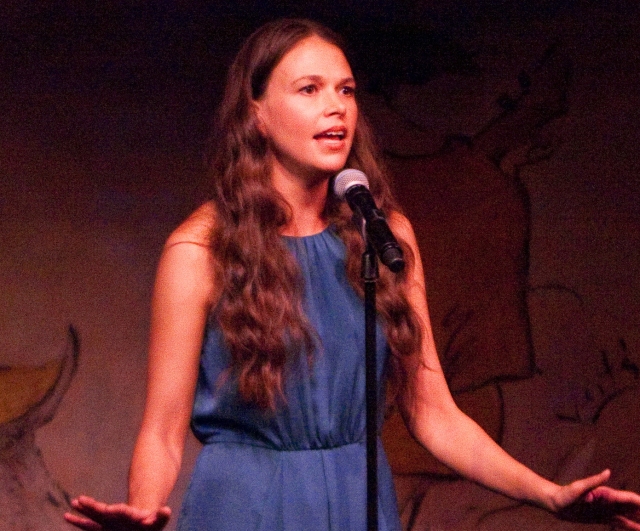 Sutton Foster is a character actress in an ingenue’s body, with the vocal chops of a classic musical comedy leading lady. In her latest Cafe Carlyle show, Foster performs an eclectic evening of standards, pop and Broadway, and also tries out various songs she’s considering for an upcoming album. She uses her comedy skills with great intelligence, especially in Christine Lavin’s risque “Air Conditioner,” enumerating all the potential lover’s aspects that don’t matter as long as he has the title appliance.

This is a more low-key show than some Foster has done in the past. She successfully shows some range with her emotional interpretation of Jeff Blumenkrantz’s “My Heart Was Set on You” – her take is by turns tender and heartbreaking, which could describe the evening as a whole. And she shows immaculate musical taste in her glowing rendition of Franesca Blumenthal’s “The Lies of Handsome Men”.

I am forever harping on the dangers of singing too many ballads in a cabaret act, but Foster manages to make the ballad-heavy second half of he act work. How does she get away with it? Well, as wonderful a singer as she is, she’s first and foremost an exquisite actress. As such, her focus is always on the emotional story of the song, not just making pretty sounds.

Best of all though, were two numbers on which Foster duetted with her one-time Little Women costar Megan McGinnis. The first, Craig Carnelia’s “Flight”, was wonderful, but it paled beside their second selection, an a cappella, un-mic’ed rendition of Simon & Garfinkle’s “Old Friends”. Gorgeous and quietly stunning.