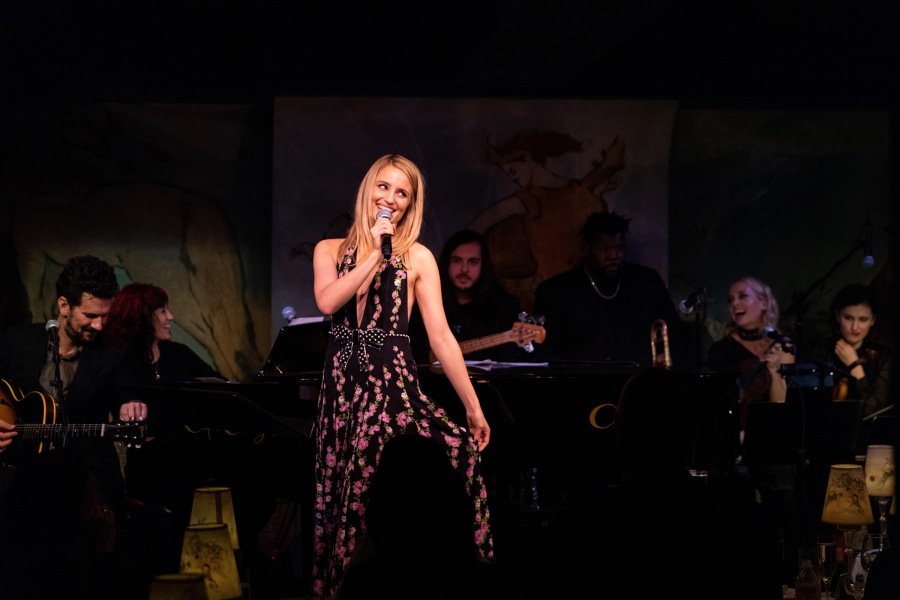 “High-falutin’ honky-tonk” – that’s my “elevator pitch” for Diana Agron’s current cabaret act at the Café Carlyle. She originally designed her songlist to compliment her first run at the Carlyle, which found her singing the music of “some of the finest male-fronted acts of the ’70s.” Here, she mainly covers songs originally done by other women. She keeps breaking her own rules to put together a show that feels right, which makes it harder to explain, asking the audience if they have any suggestions.

The former Glee star recently married folk rock band Mumford & Sons’ banjoist and guitarist Winston Marshall. Her own musical aesthetic lines up less with Glee, and more with the style of her husband’s band. This is a beautiful young woman with a gorgeous voice who is nowhere more comfortable than when she’s singing a cover of a 1960s folk rock chestnut or 1950s standard.

On her first run, Agron was hesitant when it come to patter, but calmed right down when it came time to sing. She’s not necessarily more eloquent between songs this time, but she’s all-around more confident and in command, which lends her off-hand comments a kind of raffish charm. No song was less than beautifully sung, and, as before, she performs best when a song brings out the actress in her – most notably in Eartha Kitt’s wicked signature tune “I Want to Be Evil” and Lou Reed’s “Perfect Day.”

There’s an enormous amount of potential here – I would give a lot to hear Agron’s huskily golden yet liquid voice act the hell out of some of June Christie’s sophisticated material. The job in cabaret, as much as in theatre and film, is storytelling, and Agron is getting better at doing that in this format. In any event, Agron gives us enough wonderfully sung renditions of dauntingly complex songs that I can heartily recommend her. 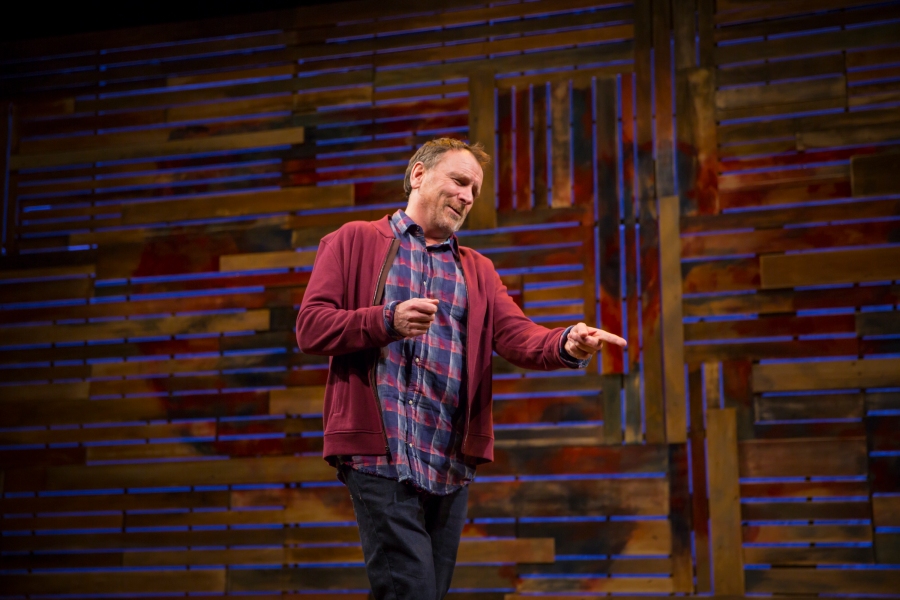 Colin Quinn’s new show Red State, Blue State – about the polarization of American politics – finds him going darker than previous shows. As usual he makes canny observations about our national character, but now he seems less sanguine about our ability to move forward.

He’s one of the better comics doing political satire – he communicates highly complicated ideas through the most mundane and absurdly funny examples. He uses images similar to those from his pocket history of the world Long Story Short, such as comparing the Greece of Pericles and Socrates to a centuries-long podcast, and musing on what Caligula would have thought of Tinder.

Quinn’s manner is engagingly off-hand – this is bigger and smarter than your usual stand-up, but it never totally leaves that sphere. He’s a sharp-eyed satirist, his take decidedly expressing a working class point of view, or at least the point of view that’s been formed by being around working class people.

Also, Quinn generally avoids stereotyping ethnic humor from the bad old days – although in one of the more off-putting bits he complains about missing ethnic humor. Here, he replaces it with regional humor, its safer cousin. For his quite funny finale he comes for each of the 50 states individually. Overall, the show is a jaunty, thought-provoking good time that I can easily recommend.

When Alyssa Edwards bragged to Ginger Minj about her Netflix show, Ginger replied “That’s wonderful! I have two!!”She has a lead in the cartoon Super Drags, and a supporting role in the film Dumplin’ which also sports a soundtrack by Dolly Parton. Her latest act Happy New Queer, opens with trailers for those two shows, as well as a new music video for Parton’s “Jolene” starring her and several other Drag Race favorites.

On the cabaret side of the Minj’s ascending career, this new act is possibly her tightest yet, and certainly her most entertaining. Ginger has genuine article musical theatre training and chops, and for this act she combines showtunes with pop tunes, climaxing in a emotional, full-throated rendition of “I Am What I Am.” She’s also very funny of course, combining comic stories from her own life with quick-witted audience interaction, and even more structured audience participation in a “Big Gay Dance-Off” that runs throughout the show.

Ginger’s got her cabaret chops polished to a high sheen. And I can’t go without giving praise to her glory of a wig, big and bright ginger and coiffed to within an inch of its life! Ginger is a real show biz pro going from strength to strength, and had the audience in the palm of her hand all evening long. Recommended.