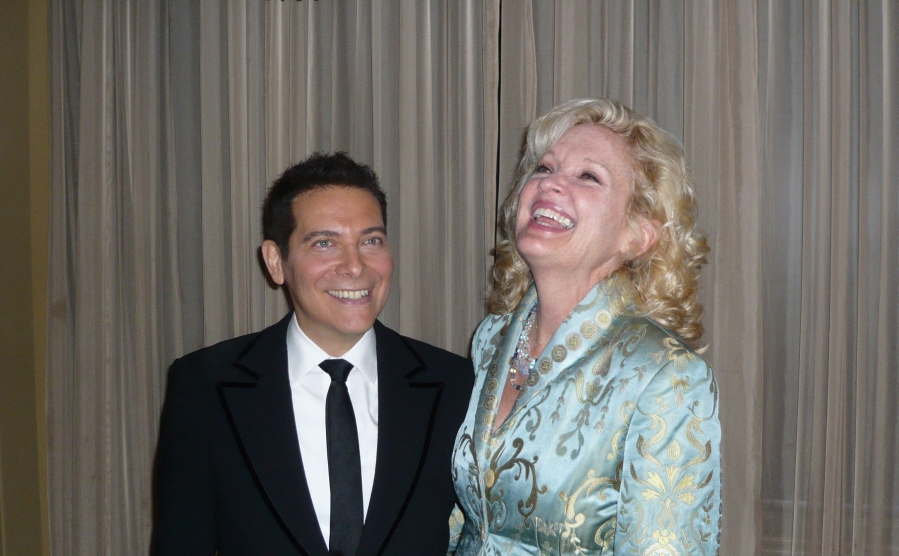 When Michael Feinstein does duet shows with Broadway stars, its a situation where everybody wins, including the audience. Feinstein, the great archivist of “The Great American Songbook,” gets to suggest songs that he’s always wanted to hear these great artists sing. And these artists get to pick Michael’s encyclopedic musical mind, describing an idea of the kind of song they want to sing, to which he responds with an impossibly perfect song.

For the second time, Michael is teaming up with Broadway legend Christine Ebersole, with a travel-themed show called “Two for the Road.” The obscure gem he’s sharing with Christine this time is “Why Don’t We Try Staying Home” a song Cole Porter cut from his 1929 Broadway hit Fifty Million Frenchmen, the intro to which says “We’re always opening plays / or closing cabarets.” That’s literally true for this act – the last performance at the old Feinstein’s at the Regency was them.

For himself Michael dug up a George Gershwin collaboration with lyricists Buddy DeSylva and Irving Caesar “Yankee Doodle Blues.” In keeping with the evening’s theme the song’s patter includes lines like “They say that Europe’s wonderful with all its ancient junk…I had to move from Paris ‘cause I couldn’t eat a frog…I went from there to old Cologne and started on the rounds / But old Cologne don’t smell as sweet and pretty as it sounds…Hey there Miss Liberty I’ll say you’re a bear.” Silly stuff, and Feinstein delivered it with just the right light touch.

One the evening’s most musically stunning moments is a surprising quodlibet of Songbook tunes, in which one of them sings a classic melody, while the other one sings another classic melody in counterpoint. Christine sings Porter’s “I’ve Got You Under My Skin” while Michael answers with Rodgers & Hart’s “Where or When.” Truly lovely.

There’s room for spontaneity in this show, and one of the warmest moments came when Michael played piano while Christine sang Kern & Hammerstein’s “The Folks Who Live On the Hill.” Totally unplanned, but it’s a song they’ve both sung and even recorded many times before, and this rendition was absolutely magical.

Michael’s own heart-on-sleeve rendition of “Where Am I Going?” from Sweet Charity is definitely a highlight. He’s been truly blossoming as a singer for a long time, going from strength to strength, and this latest topper is easily the most vocally accomplished performance I’ve ever heard him give – with held high notes that would make an opera singer envious. Dazzling, and highly recommended.