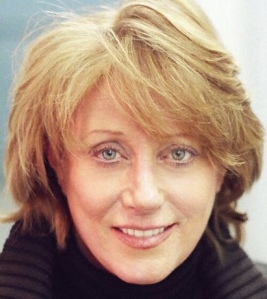 Singer Lesley Gore, a through and through New Yorker – born in Brooklyn and raised in Tenafly, New Jersey – was discovered by music legend Quincy Jones and recorded “It’s My Party” when she was just 16 years old. In the years that followed, she helped create the soundtrack of the 1960s with over two dozen chart hits, including the proto-feminist anthem “You Don’t Own Me,” becoming the most commercially successful solo artist of the “Girl Group” era.  A few years back, Gore also quietly came out as a lesbian by serving as a host on the PBS series In the Life.

The 1960s legend will be doing a breif stint at Feinstein’s at the Regency, May 5 to 9. She’ll perform a selection of her 1960s chart-toppers as well as contemporary pop classics.  I chatted with her about her plans for the show at Feinstein’s, the growing acceptance of gays and one of her most resonant songs

Any particular plans for Feinstein’s?

There are few wonderful clubs in New York, you’ve got the Carlyle and Feinstein’s. I’ve visited Feinstein’s, I’ve seen a lot of wonderful talent there and always aspired to play there. In terms of figuring out a general direction for the show, I know it’s a room I need to cater to. At the same time, I do come in the door with a couple of hits, which probably people are buying a ticket or two to hear, so I’m obliged to do those. I’ve got a number of songs that I’ve loved and which I’ve been performing over the last 44 years. I’m putting all of those into a context that’s right for Feinstein’s and right for Lesley. I think it should be a great show! We nod to the songs of the Great American songbook that Michael Feinstein does so beautifully, we do a couple of what I call “modern classics,” and I get an opportunity to sing a couple of ballads, which I think every singer enjoys more than an up-tempo song.

What to do you think of the state of gay rights?

I frankly don’t care whether I get married or not, but I think our civil rights depend on it. I think it’s important, not so much to be married to your partner as to be given the civil rights that married couples get, so I’m on that bandwagon. I think it’s 2009, I really don’t think that straight people have a problem with gay people any longer. But of course I live in New York. I don’t know what’s going on in Kansas and Utah, but I imagine they’re a little bit behind us—and its time to catch up!  I know it takes some people a little longer. They come to this with histories, apprehensions, fears because they don’t understand. The more people understand that they probably already know a gay person, and in fact adore them, then the better off we’re gonna be—and that may take awhile, but it’s happening, for sure. By the time I shut my eyes for good I’ll have seen a real difference, I think, and I’m happy about that.

Could you talk a little bit about your protofeminist anthem “You Don’t Own Me”?

When I first heard that song at the age of 16 or 17, feminism wasn’t quite a going proposition yet. Some people talked about it, but it wasn’t in any kind of state at the time. My take on that song was: I’m 17, what a wonderful thing, to be able to stand up on a stage and shake your finger at people and sing you don’t own me. I thought of it as a humanist anthem—I could see a guy saying that to a girl as well. As time went on the feminist movement did grab a hold of it, and frankly I’m very proud of that. It’s the one song that I do every time I’m on a stage, more often than not it’s the song I close with, because frankly in all my years I’ve never found a song that’s stronger than that. It’s imbued with something different every time I sing it. It’s a great song, so when you really think about it, different things pop up all the time. It has a lot of layers which I think is the test of a good song.