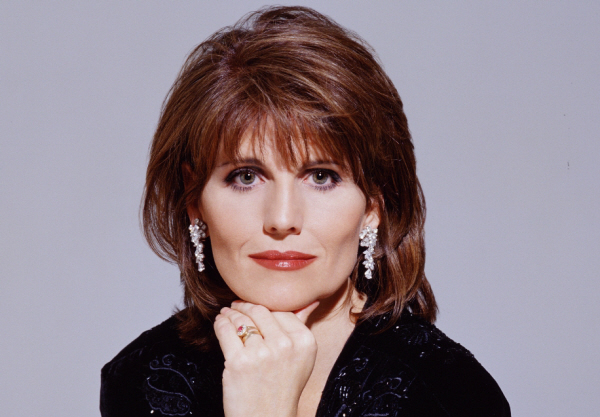 The daughter of Lucille Ball & Desi Arnaz of I Love Lucy fame, Lucie Arnaz has forged a career of her own, including originating the role of Sonia Walsk in the hit Broadway musical They’re Playing Our Song. In “Spring Is Here”, her new cabaret act at the Cafe Carlyle, Arnaz focuses on love in all its shades and phases, from light to dark, from promiscuity to devotion.

She covers the promiscuous side wonderfully with a sensuous take on “When in Rome”. Arnaz strikes me as a saloon singer, which is a good fit for the Carlyle – the performer most associated with the Carlyle, the late Bobby Short, always described himself as just that.

One of the most entertaining moments in the show is a song for which Arnaz herself wrote the lyrics, about a time when she was single, during the run of They’re Playing Our Song, and dating two dashingly handsome men of the theatre. Well, turns out they’re both gay and closeted! Arnaz found this out just as she was going away for the weekend with one of them, and on the train trip she wrote the bitingly funny “I Don’t Like It Already”. After the song she commented that over time she dated so many closeted men that she felt like she was wearing cedar chips.

Perhaps the most moving moment of the evening is Arnaz’s rendition of “Just a Housewife” from the musical Working. The song is an emotional powerhouse in the first place, and Arnaz gives it extra dignity and ruefulness. Really lovely.

Arnaz got winded about two thirds of the way through, not, I think, because she lacks stamina, but because the show itself is several songs too long – perhaps 20 minutes worth. Small quibble, that, when you’re spending that time with such a talented and witty host. Recommended.