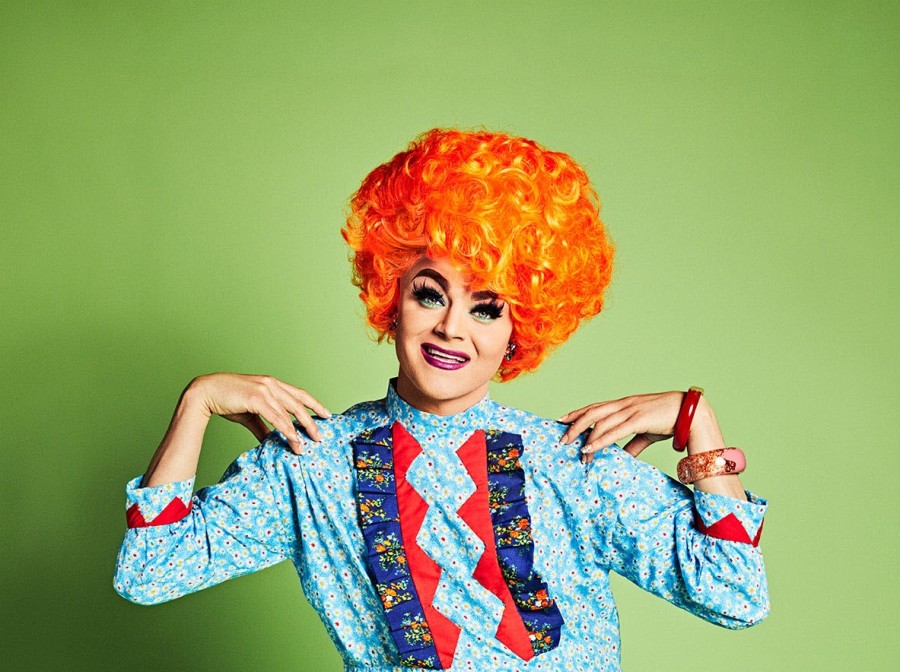 Lady Bunny once talked about working with Valentina – she of the “french vanilla latte fantasy” – saying something to the effect of “She’s just like Tammie Brown or Alyssa Edwards, they all really are like that, all the time!” Surrealist drag queen Brown’s artistic core is, more than anything, as a hippie chic queerpunk singer-songwriter. There’s a hint of classic movie queen in her looks, but it seems that’s the equivalent of Debbie Harry or Grace Slick making something fabulous out of what they found in a thrift shop.

And while Tammie’s sense of humor is disarmingly unique, she’s not truly unprecedented. I could see her comfortably do her left-of-center thing at the Pyramid Club in the 1980s, at Club 57 or Max’s Kansas City in 1970s, or even in a Jackie Curtis extravaganza at LaMaMa in the late 1960s. However, queens this tripped-out are in short supply these days, so we should treat her as some kind of national treasure!

Brown also proudly owns her South Texas origins, singing a couple of songs with some Spanish, and showing love for all things Mexican (maybe there’s a Frida Kahlo influence here, too, eh?). Tammie struts sexily about the stage, singing to the actual tracks from her discography. The doubling of her recorded voice and her live voice is pleasantly freaky – and solid proof she always sings on tune.

Her songs remind me of an ’80s synthpop cover of a ’60s song – think Tiffany’s “I Think We’re Alone Now” or Bananarama’s “Venus” – but as written and performed on the legendary “good LSD” of the time when the songs were written. And her in-between patter veers between gleeful non sequiturs and political commentaries from the silly to the venomous. Highly recommended.