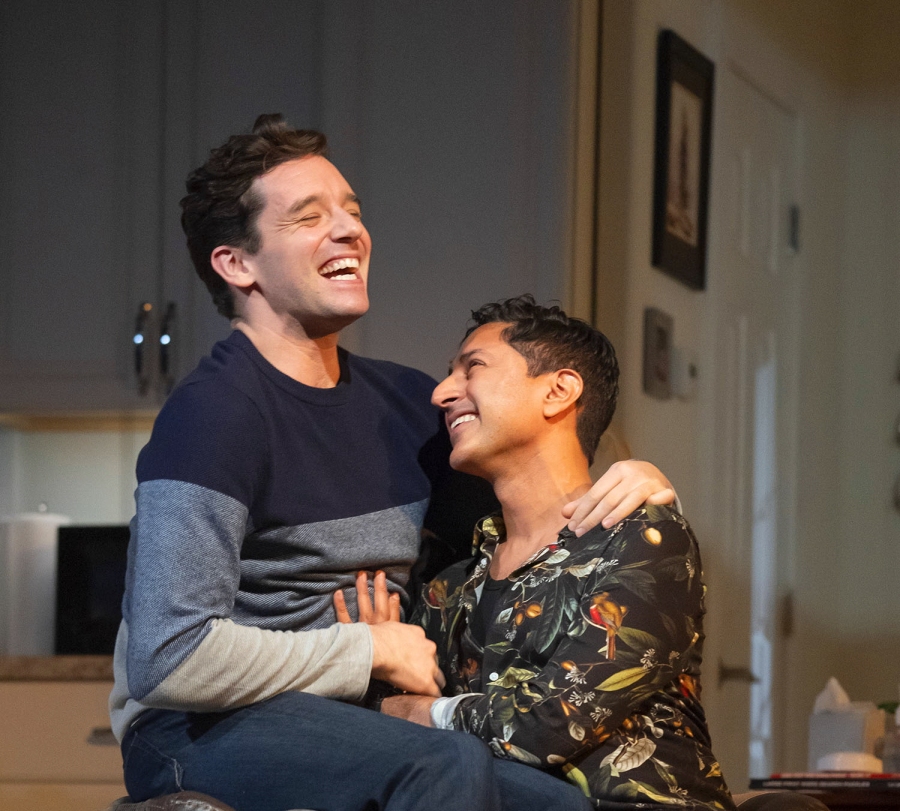 The cast was what most drew me to Grand Horizons. The opportunity to see Jane Alexander, Michael Urie, Priscilla Lopez and James Cameron together in a comedy – that’s just too tempting! I knew almost nothing else about the play going in, and playwright Bess Wohl – whose work I had not previously seen – pleasantly surprised me. Her comedy comes more from character than one-liners (save the odd blue word used solely for laughs), and she gets across more about human psychology than most comedies this hilarious ever manage.

Alexander and Cameron play married couple Bill and Nancy French, who have spent fifty years as husband and wife. As the show opens, we find them at an “independent living” house, silently preparing a meal with the kind of synchronization that only comes after many years of living together. Once they sit down to eat, Nancy announces that she wants a divorce.

Among other things, Grand Horizons examines the effect her decision has on their two grown children Brian (Urie) and Ben (Ben McKenzie). Brian is gay, has a tight relationship with Nancy and simply cannot understand why she would want to do this. Bill is taciturn as many men of his generation are, a quality he has passed on to his married son Ben – the chaotic consequences of not communicating is a major theme of the play.

I’ve never seen Jane Alexander do comedy, but I am not shocked that she plays it as superbly as anything she puts her mind to. We know Urie to be an excellent comic actor, and he’s as funny as ever. Cameron and McKenzie are given less to work with, but their silences speak volumes. Priscilla Lopez plays Carla, a contemporary of Bill and Nancy, and provides a marvelously colorful foil to Alexander’s patrician take on Nancy. Ashley Park delights as Ben’s pregnant wife, Jess. Maulik Pancholy is a sexy, riotous hot mess as Tommy, a horny and very frolicsome trick that Brian bring back to his parents residence late at night. Recommended.