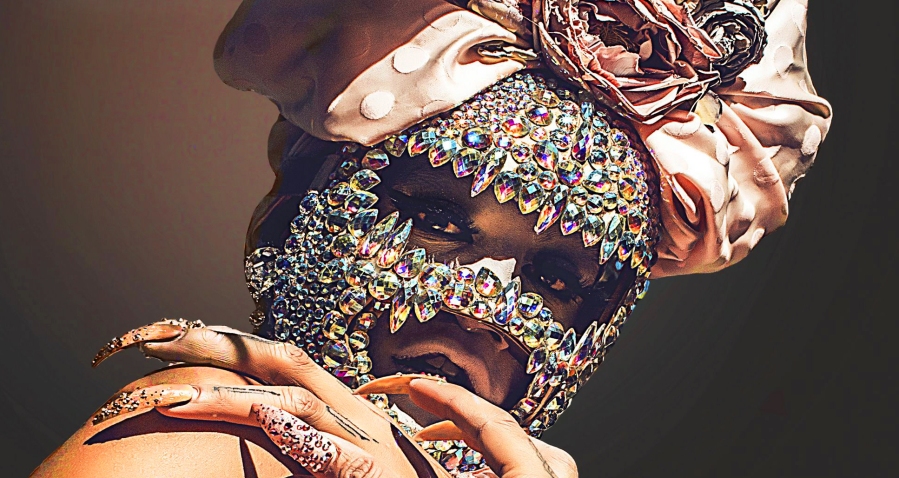 One of the most effortlessly stylish queens ever to appear on Drag Race, Raja is doing her second solo cabaret show at the Laurie Beechman Theatre. Titled Masque, the show features a little bit of everything: some singing, some monologuing about contemporary issues, and a whole lot of fashion fierceness.

As a matter of fact, after singing one of her original songs in a bejeweled and horned mask, Raja says “this is the part of the show where I do nothing but fucking model for two and a half minutes,” proceeding to give indescribable body and face to Right Said Fred’s “I’m Too Sexy.” There’s your admission fee covered right there.

And even though she says “that all the choreography you’re going to get” after a handful of hip bumps in her first sung cover of the evening – Tina Turner’s “Private Dancer” – don’t you believe it. Raja instinctively swirls, twirls and dips with aplomb whenever there’s music. That makes me wish the ratio of talk to music favored music more, even though the monologues are spiritually and politically deft and intelligent. Maybe a tad repetitive, but I’ll chalk that up to the weed and wine she cheerfully admits to having taken in.

Raja has a warm charismatic presence, which makes you think she’d be able to put over just about anything she wanted. Recommended.