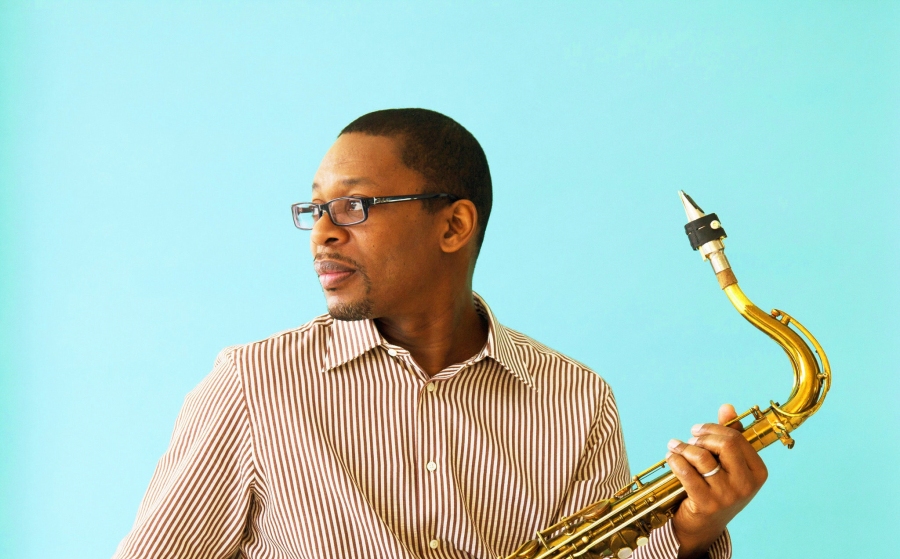 In performance, jazz saxophonist Ravi Coltrane and his Quartet wander effortlessly across genres, sometimes within a piece, sometimes within moments. Influences from classical, rock and more experimental genres abound. But they never entirely depart from the tradition of avant-garde jazz with a spiritual element, which was his mother Alice Coltrane’s style as well (on the piano, organ and harp). And Ravi is part of a dynasty of forward-looking jazz going back over 70 years, since his father was none other than John Coltrane, arguably the most influential and adventurous saxophonists of the 20th Century.

Coltrane plays jazz of great intensity and density, but with a dexterity and expressiveness that not all such music achieves. This is music that flows like a river, sometimes in a ripple, more often in a overwhelming polyrhythmic torrent. In the case of the quartet’s very faithful rendition of Alice Coltrane’s “Los Cabollos,” that flow keeps accelerating to breathtaking breakneck speeds, while never being less that exactingly precise.

Of Coltrane’s uniformly superior sidemen, drummer Nate Smith was the one who stood out for me the most. It’s easy for a bass or piano to work quotes of other music into their improvisations, but much trickier for untuned percussion. Smith achieves this effect with astonishing frequency – and wit! Recommended.