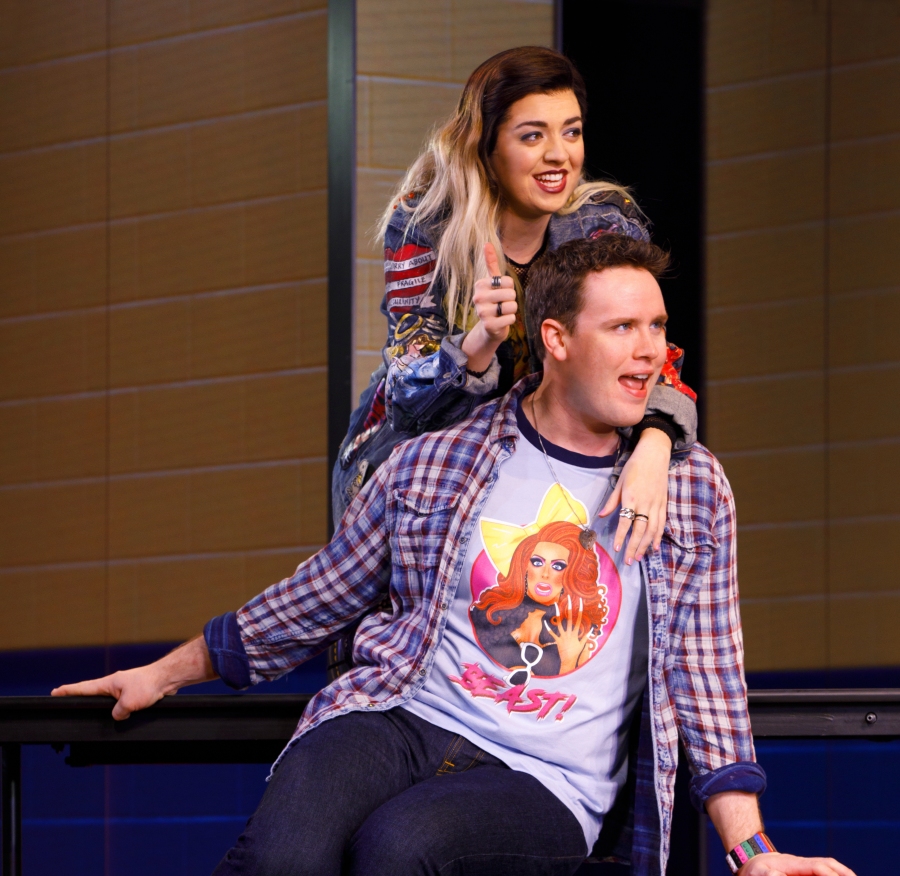 One of my favorite things about the stage musical adaptation of the film Mean Girls is just how much gayer conceiver and bookwriter Tina Fey has made the character of Damian Hubbard (Grey Henson), who now enters wearing an Alyssa Edwards t-shirt emblazoned with the word “beast” (thank you costume designer Gregg Barnes, for always going the extra gay glam mile). The new dialogue Fey has given him gives teeth to the assertion by his goth gal pal Janis Sarkisian (Barrett Wilbert Weed) that Damien is “too gay to function.” He even gets to lead a showstopping tap number to open the second act!

Since Fey’s adapting her own screenplay – and since she is one of the canniest living writers of comedy – Damien’s increased luminosity is only one of several improvements on the film. Fey quite rightly adds social media elements to her tale of high-school status-seeking, to appropriately toxic effect. Casey Nicholaw is exactly the right director-choreographer for this material, with crack timing in the books scenes and bristling energy in the dance numbers.

Nicholaw also assembled a truly stellar design team: scenic designer Scott Pask delivered my favorite innovation: a enormous stage-spanning half-circle cyclorama exclusively devoted to providing a canvas for the vivid, imaginative video design of Finn Ross and Adam Young. There’s nothing about the “cyc” that says Mean Girls, that work is done entirely by projection. A similar setup would be really terrific for doing shows in rotating repertory – what a great idea!

This is a show where you do go out singing the book scenes, but not in a bad way – it’s just as entertaining and smart as the film. Recommended.