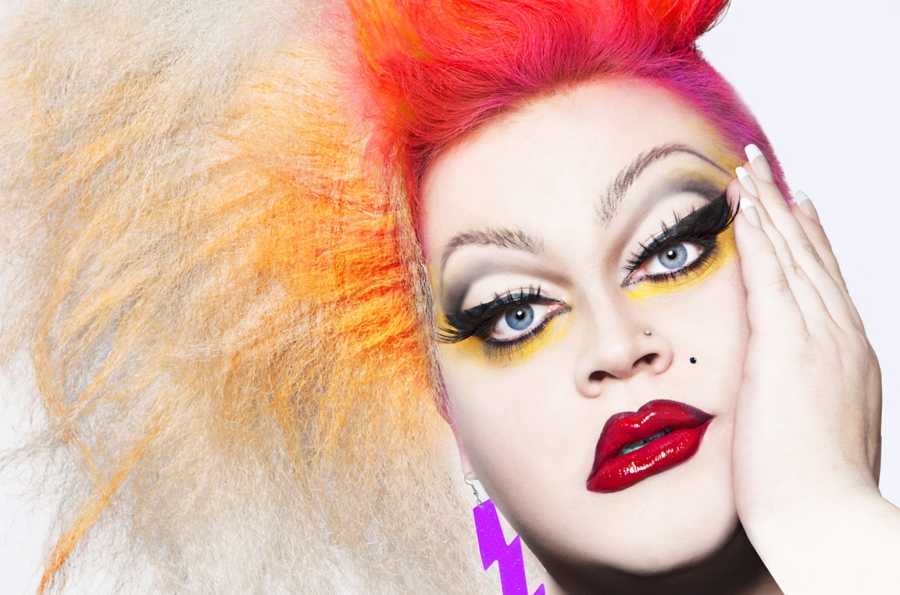 The Minj has genuine article musical theatre training and chops. Departing from previous showtune-heavy shows, however, she has made the move of structuring her new cabaret act Sweet T around a more rock oriented songlist, including a handful of autobiographical songs for which she wrote the lyrics.

Sweet T only features a handful of songs, with much more monologue and audience interaction. Ginger is a very engaging stage persona, so overall this is a good thing. Also, half the songs are ballads, which would be a problem if they followed close on each other, but matters less with story in between.

The act is in the very traditional mold of “this is my life” autobiographical cabarets, telling much the same story as her previous shows, but from an even more personal angle. It tracks Ginger’s life from a childhood in Southern Baptist Lake County, Florida to adventures in New York. There is lots of biting humor, and the “Glamour Toad” shows increased confidence throughout. The definite high point is a cover of Divine’s “You Think You’re A Man” – Ginger will apparently be playing the drag legend in new show next year.

There were a few more backstage stories from Drag Race, which is a part of what we want to hear, isn’t it? Ginger is a real show biz pro, and had the audience in the palm of her hand for the great majority of the evening. Recommended.