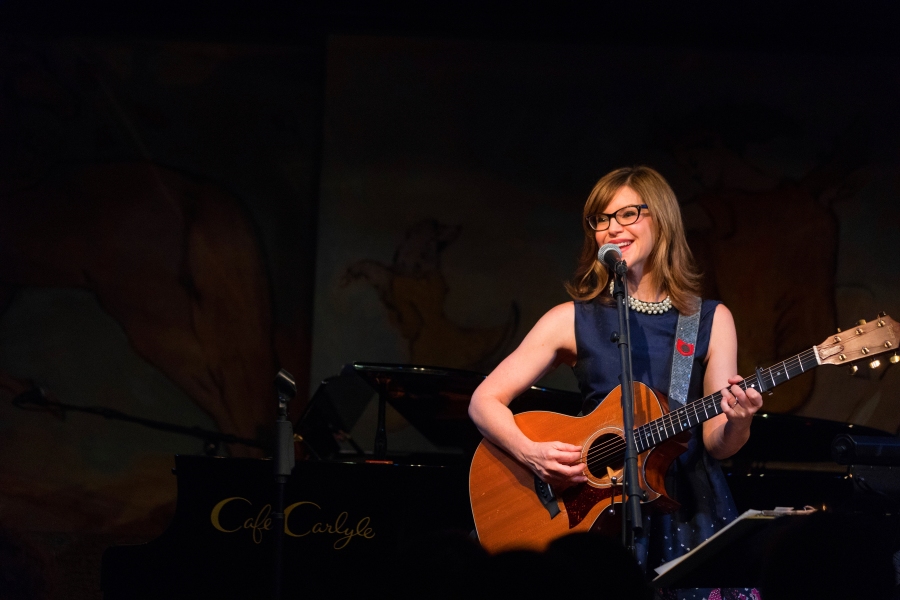 Singer / songwriter Lisa Loeb may still be best known for the 1994 song that made her famous – “Stay (I Missed You)” from the film Reality Bites – but she has been steadily writing and recording ever since. And she’s utterly charming. Loeb’s stage presence is among the most engaging I’ve seen in a cabaret, and that makes her new show at the Café Carlyle a very enjoyable one indeed.

Loeb’s song catalog seems to have two main registers; first, very sincere and simple songs, including some children’s songs, and, second, more intricate songs that show the influence of the likes of Suzanne Vega. I was surprised to discover that, while I remembered “Stay” as a simple song, it really belongs in the latter more ambitious category, and has really stood the test of time.

About three quarters through the show, after singing “Stay,” Loeb takes requests, and I was interested that the songs were more generally for her more writerly stuff like “Dance with the Angels” and most compellingly “Hurricane” – it’s a matter of personal taste, but I think this is the side of Loeb I enjoy more.

All this is not to say that the simpler side of her repetoire is innately inferior. Indeed, the children’s song “The Dissapointing Pancake” was one of the evening’s highlights. She also does a handful of covers, where she reveals that her charm isn’t limited to between-song talk, but extends to the way she interprets the words of a classic like Charlie Chaplin’s “Smile.” Recommended.