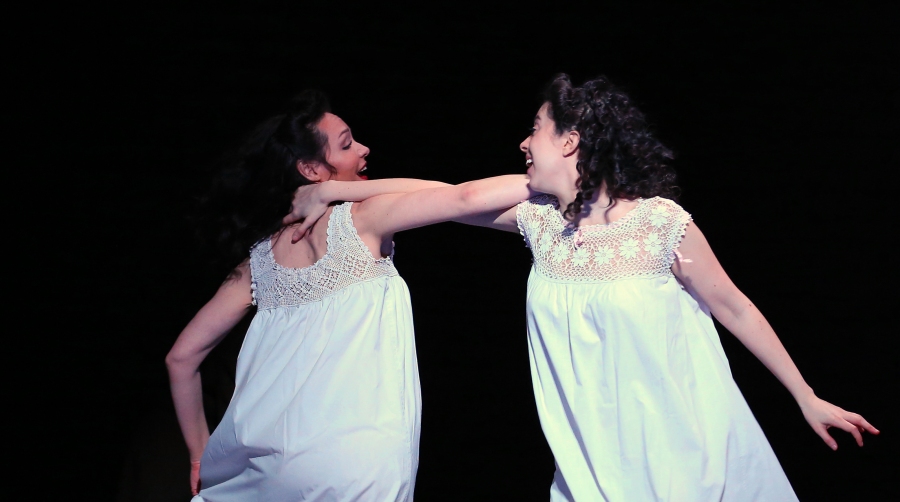 To say that Indecent tells the back story of the first lesbian kiss on Broadway is to undersell its ambition and scope. The play that featured that kiss, The God of Vengeance by Sholem Asch, was a wild Yiddish-language play that shattered all kinds of Yiddish Theatre traditions – the lesbianism was almost the least of it. That said, Asch did craft a romantic scene for two young women that surpassed in frankness and tenderness anything that had come before in literature, and has rarely been equaled since.

For that reason the play has been kept alive in the imaginations of gay theatre artists, like Indecent‘s playwright Paula Vogel and its director Rebecca Taichman. As a matter of fact, the play has its roots in Taichman’s graduate research into the play’s history. God of Vengeance was written in Warsaw in 1907, premiered in Berlin a bit later, and was a sensation throughout Europe in the following years. In the early 1920s, the Yiddish version was given in New York, which led to an English-language version which proved such a hit that it moved to Broadway – where it was in short order closed due to the entire cast being charged with obscenity.

Vogel’s writing and Taichman’s direction are so tightly entwined that it is sometimes hard to know where one begins and the other ends. Indecent is theatrical through and through, and is perhaps most moving in moments where action replaces dialogue completely. The worst that can be said about it is that it is perhaps a bit over-ambitious, trying to cover too much. But that’s a much better problem to have than a lack of ambition. Recommended.