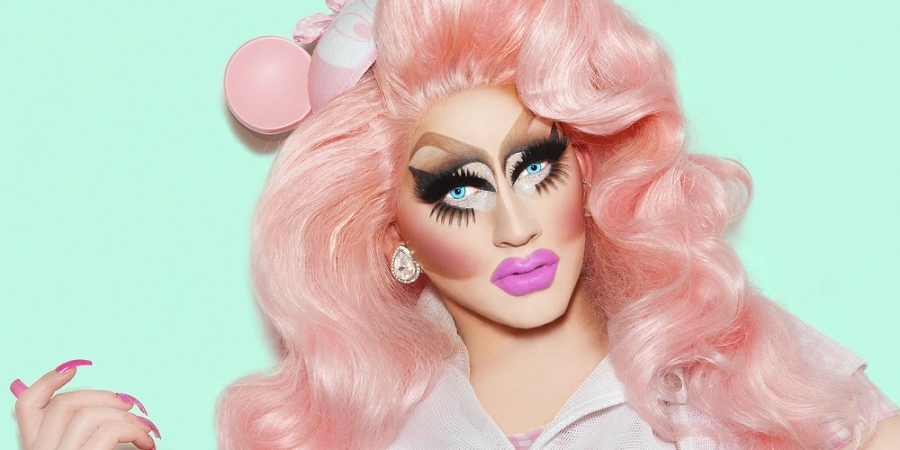 The title of Drag Race fan favorite Trixie Mattel’s show, Ages 3 and Up, is clearly profoundly ironic. This stand-up act is filled to the gunnels with comedy that’s either perverse or dark, or sometimes both at once. Oh, and by the way this run is completely SOLD OUT, so keep a sharp eye on producer Spin Cycle’s website for her next engagement (and for that matter, a great variety of Drag Race-related entertainment).

This show is Trixie’s first full-length entry into stand-up, but she’s been honing it for a while, and she clearly has a natural aptitude for the form. Plus, either Trixie or her creative team is paying attention to how the best stand-up acts have been built for some time now – circling in from a highly topical and satirical beginning to a very personal and more thematically serious ending. Everybody from Alec Mapa to Colin Quinn does it like this, and there’s a good reason: it raises stand-up to a higher and much more satisfying plateau.

Trixie’s also very gifted at meta-comedy, getting a secondary laugh when she reads the room’s reaction – or freely admitting she loves a certain bit so she’s keeping it, audience reaction be damned! Though there’s a lot in the show that’s autobiographical, including an actually touching ballad she wrote about lost love, Trixie keeps Drag Race-related stories to a minimum. She plays off her being eliminated twice with a joking bitterness that feels more affected than real, and freely admits that the show profoundly changed her life. Recommended.