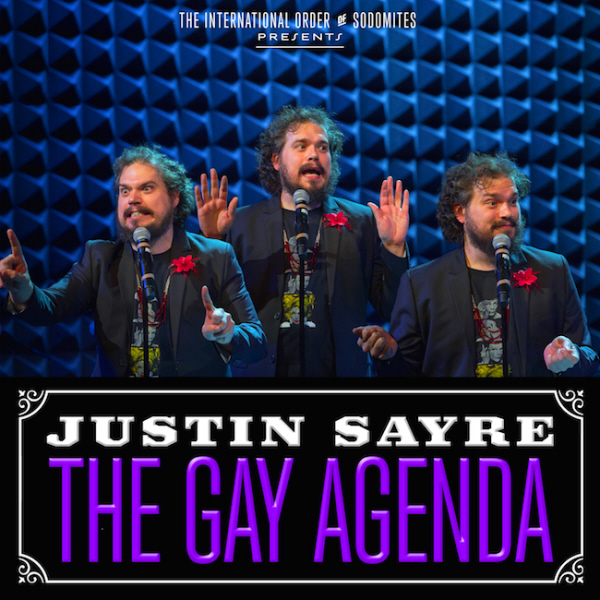 Gayest comedy album ever! Justin Sayre’s The Gay Agenda is made up of stand up excerpts from The Meeting*, a live variety show Sayre hosts. In his role as Chairman of the Board of the International Order of Sodomites, Sayre addresses a variety of subjects related to the gay community with take-no-prisoners verve and venom. In a persona that is femme yet tough, brassy and bellowing, this gay’s got issues with gays that got issues, be it lusting after straight men, worshiping idols that aren’t worthy of us, thinking the struggle is over because of gay marriage, or being awful to younger gays. In the album’s lightest moment, he alternates with Michael Musto in describing delightfully absurd pitches for Sex and the City 3. Gay, gay, gay, gay, gaygaygay.