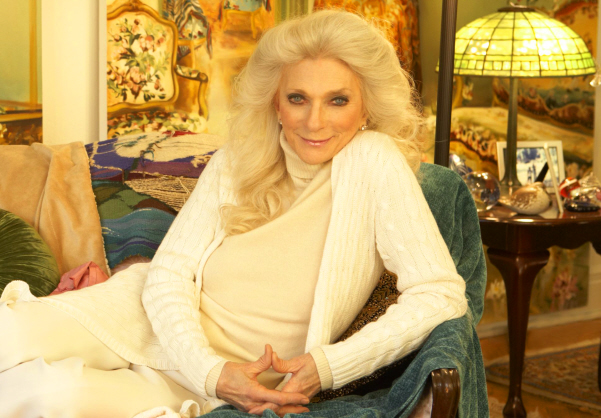 No one sings a folk song more beautifully than Judy Collins, and few people sing more beautifully, period. She’s an authentic river of song, in truly golden voice in her seventies. She’ll be talking about a song in passing, and then launch into three or four lines, singing with breathtakingly casual grace and beauty. And then continue with her story “and so I told Leonard Cohen that yes, ‘Suzanne’ is a good song and I’ll be recording it tomorrow…”

When she sings a song in earnest, she’s truly arresting, imbuing each line with subtle style, implying stories behind stories. She’s known as one of the best interpretive artists in pop music, and in this act she brilliantly illuminates songs ranging from traditional folk to Dylan and the Beatles to Sondheim and Jacques Brel. She also reminds us that she went on to truly earn the singer/songwriter epithet by giving heartfelt renditions of her own songs “My Father” and “Arizona.”

The stories she actually tells are truly entertaining, varying from the touchingly personal to the hilariously bawdy. She is so enthusiastically invested in the music – her spectacular, undiminished talent always gives me an amazingly intense cabaret experience. Highly recommended.