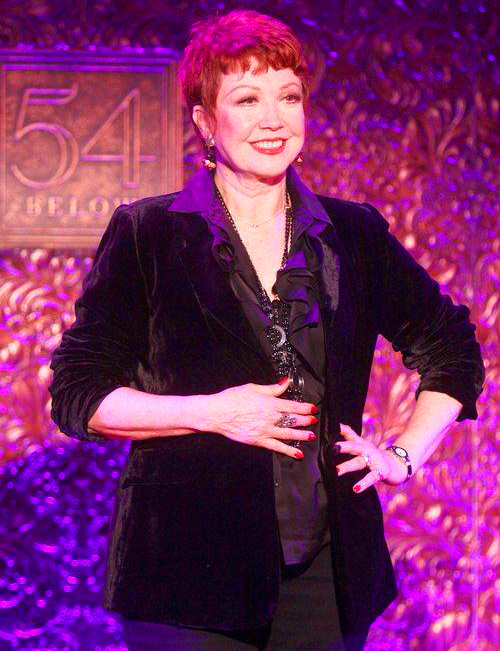 Donna McKecknie is the definition of triple threat – Broadway dancer/actor/singer – being herself one of the first generation of such creatures. And one of the best triple threats of that time (the 1960s and 1970s), who has famously played exactly that kind of triple threat in A Chorus Line (her character, Cassie, has to work hard to stop acting so that she can blend in with the rest of the chorus). So it’s a great boon that the stage at 54 Below has enough room for her to move – she’s a dancer before everything else.

This show, titled “Same Place, Another Time”, focuses on McKechnie’s memories of West 54th Street in the ’60s and ’70s, starting with a disco tribute to her time at Studio 54, but dealing mostly with her romantic life when she lived on the street. She spends no time on her Michigan upbringing – “that’s a whole other show” she jokes – talking instead about pretending to be a “Native New Yorker” (while she never actually sings the Odyssey disco classic, her music director John McDaniel wittily weaves it into the show as a recurring musical theme).

As a singer, McKechnie is a great belter, but in the softer sections of the early part of the show she didn’t sound fully warmed up. It didn’t matter much since the show travels steadily from lighter to heavier material, and her ability to fully act a lyric always more than made up the difference. When, later, it came time to do some heavy vocal lifting for “At the Ballet” from Chorus Line (not her song, but definitely her story) and Irving Berlin’s “Lost in His Arms” she was more than up to the task – thrilling, actually.