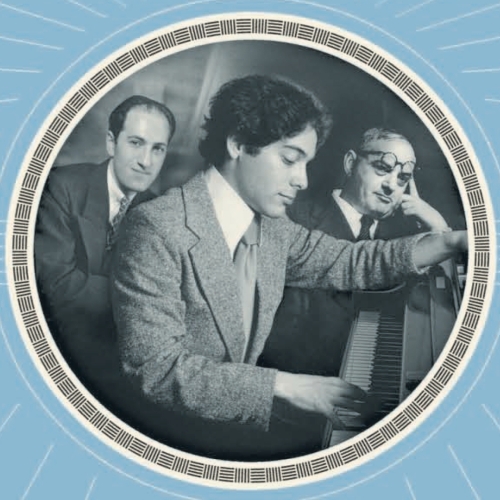 Michael Feinstein takes up residence in the New York nightclub that bears his name every year in December, to celebrate the holidays, though not necessarily to sing holiday songs. This year’s edition is somewhat bittersweet, since it will be the last at the Regency Hotel, as Michael and company look for a new venue.

Titled “A Gershwin Holiday”, this show features Feinstein singing only songs by George and Ira Gershwin, without any actual holiday songs until the encore (George Gershwin had passed away before Christmas songs came into vogue). Michael draws on his recently released book The Gershwins and Me, which itself draws on his six years (1977-1983) working as an archivist for Ira.

Unusually for cabaret, Feinstein has an opening act, the 16-year-old Nick Ziobro, the winner of the Michael Feinstein Initiative’s 2012 Great American Songbook High School Competition. Ziobro’s an astonishingly assured young singer, with a high tenor reminiscent of Feinstein and Fred Astaire – and even Harry Connick, Jr. when he really gets going.

Michael’s show is both shorter (to make room for Ziobro, of course) and more understated than past holiday offerings. That’s not to say that it doesn’t swing: Musical Director Alan Broadbent leads a 5-piece ensemble of tasteful jazz players who play elegantly but never for a moment lose sight of the rhythmic vitality and invention that was one of Gershwin’s hallmarks.

The only song in the show that doesn’t have music by George Gershwin is one that Ira co-wrote with Kurt Weill, “Tchaikovsky”, which Michael includes as a salute to Danny Kaye, who celebrates his centenary this year. Feinstein executes that song’s brutally difficult lyrics quite well, but the evening’s most musically stunning moment is a sort of “Gershwin fugue” built around “Embraceable You,” which features Michael singing that song, while he and the band play tidbits of not one but 15 other Gershwin songs. Dazzling.