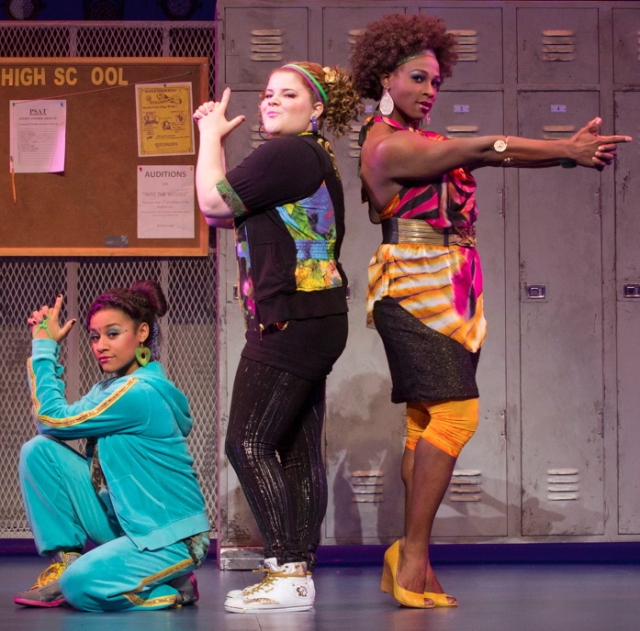 Bring It On: The Musical tells the story of Campbell, the popular cheer captain of white bread Truman High, who is redistricted to multi-culti Jackson High, which doesn’t even have a cheer-leading squad, and she has to figure how to suddenly deal with being an outsider.

Those of you familiar with the film may note that this is clearly not an exact adaptation. I’m told it’s closer to one of the direct DVD sequels, Bring It On: All or Nothing, though it has even more in common, plot-wise, with a handful of black and white gay camp classics. Hell, there’s even a fierce teenage drag queen! Jeff Whitty, who wrote the book to Avenue Q, has crafted an appropriately propulsive original story that sneaks in more thoughtfulness than you would expect.

As far as the score goes, there’s plenty of composer Tom Kitt pop/rock tunefulness and lyricist Amanda Green’s gentle wit. Co-composer/lyricist Lin-Manuel Miranda goes even harder and deeper into hip-hop than he did with In the Heights. But this is really director/choreographer Andy Blankenbuehler’s vehicle, as he sends competing cheerleading teams flying across the stage and high into the air.

David Korins’s sparse set does what it needs to with no ostentation, ably aided by Jeff Sugg’s consistently clever video design. I predict this lightweight treat will be a huge success, and one that’s richly deserved!