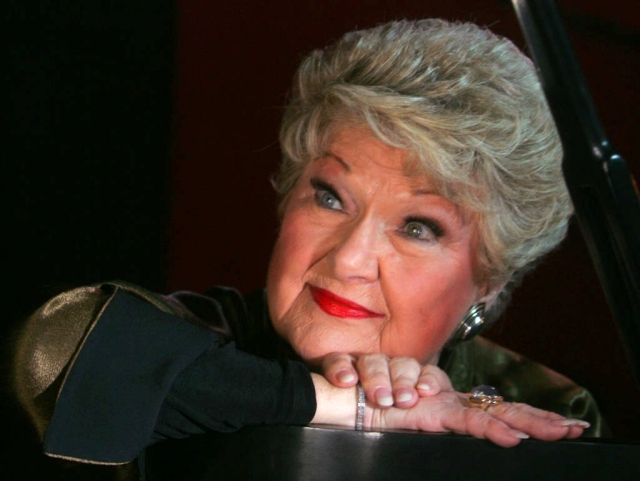 Ella Fitzgerald once called Marilyn Maye “the greatest white female singer in the world.” I’ve now seen her several times in cabarets, and I can tell you that’s no exaggeration. There are younger singers who might posses more powerful voices, but I can think of no other singer who possesses Maye’s combination of interpretive ability, rhythmic verve and vocal range, still the envy of singers many years her junior.

Her new show at Feinstein’s, “The Happiest Sound in Town”, features many of her her signature songs, including “Golden Rainbow” and “You’re Gonna Hear From Me”, a personal favorite of mine. This is a classic act in every sense of the phrase. Maye is a jazz-pop singer worthy of being included in the company of Fitzgerald, Sarah Vaughn or Blossom Dearie, and her phrasing is the finest I’ve heard in that style from a living singer.

Her repertoire for the evening ranges from Shaiman & Wittman’s “Butter Outta Cream” from Catch Me if You Can and a dazzling New York medley to “When I’m In Love” by her mentor Steve Allen, and even Mama Cass’s big hit “Make Your Own Kind of Music”. Maye exquisitely tailors her style of singing to the individual song, smooth for the ballads, swinging for the standards, and truly gritty for the bluesier numbers.

Maye appeared on Johnny Carson’s edition of “The Tonight Show” a total of 76 times, a record not likely ever to be beaten by any other singer with any other host. She’s been enjoying a New York renaissance recently, making critically acclaimed appearances all over town. If you love classic songs sung like they’re meant to be sung, it doesn’t get any better than this.