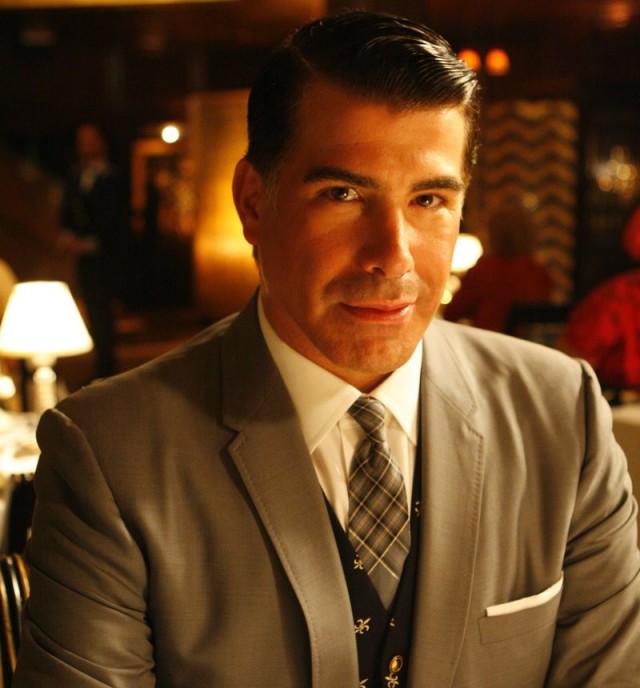 Feinstein’s at Loews Regency will continue its Fall 2010 season with the debut of out Broadway favorite Bryan Batt – two-time Screen Actors Guild Award winner and star of television’s Mad Men – on October 3 and 4. Bryan takes to the New York nightclub stage with “Batt On A Hot Tin Roof”, an evening of song and storytelling, weaving a tale of his “life experience” in the Big Apple and the Big Easy. From Cole Porter to Burt Bacharach, embracing classic Broadway and new composers, Batt promises a fun filled evening celebrating heart, hope, and home. I caught up with Bryan by phone, while he was in his hometown of New Orleans.

Just a collection of songs and stories. It all started about five years ago when I got a call from a friend of mine Barbara Motley, from New Orleans. I live part time in New Orleans part time in New York. She was organizing a benefit and asked me to put together a one-man show, to help out actors and musicians displaced by Katrina. She has a wonderful cabaret space called Le Chat Noir. I said yes, but right when I hung up the phone I realized I’d never done a show like that before. I’d done lots of Broadway shows, but I’d never done just an evening of me alone with a piano. I called her back and said “You know I’ve never done this before.” And Barbara said “Just do anything you want, sing songs you like, songs you’ve sung on Broadway, songs you’ve wanted to sing on Broadway.”

So I went ahead and did it, and I had so much fun, so I just kept on doing it every now and then. I haven’t done it in over a year. I don’t know how the people a Feinstein’s got word of it. But they asked me to do this show and I just kept putting it off, and finally said yes, so I got to work on updating it.

JW: Does it deal with growing up gay in New Orleans, like your new book She Ain’t Heavy, She’s My Mother?

It definitely deals with that, some stories, some fun ones about my father and baseball, and all of that stuff about self-discovery and loving the theatre, and some of the songs are just fun. There are some songs in there that not everybody will know, and I’m so enjoying people walking away wanting to know more about this music.

It all came out of, of all things, Katrina. It’s sold out every time I’ve done it in New Orleans. It’s been called many different things. The first time I did it, it was very simply “Bryan Batt Live at Le Chat”, and a couple times later we called it “Bryan Batt Same Old Chat”. [Laughs.] And then about a year and a half ago, I did a different version, to help out a theatre company down here that was going through some difficulties. So much good has come of it that I just am proud of it and wanted to do it for New York.

JW: I’ve seen Le Chat and it gives me real estate envy. It’s so much bigger than a New York cabaret.

Isn’t it nice? I really had such a great time there. Cabaret in general is a medium that I am really surprised that I enjoy as much as I do. It’s so intimate, it’s like you’re doing a show in your living room. It takes a lot more concentration. There are no walls, forget the fourth wall, there’s no wall at all, you just have to be. Doing Mad Men has really helped, you know, the smallness of film and TV acting.

JW: Speaking of that, any word on Sal, the closeted art director you play on the show, returning?

[Laughs.] Well, that’s the million dollar question. At the Emmys, we were all in the press room and the CNN guy asked Matt Weiner that exact question, to which Matt replied “Sal is alive.” So, I guess we’ll just have to watch and find out.

JW: Are you still very involved in New Orleans?

As a matter of fact Patricia Clarkson and I did a benefit down here, for Le Petite Theatre du Veiux Carre, where I’m on the board. Yeah, when I’m in New Orleans, I’m very active. Any way I can help out, you know the city is still rebuilding, its another good five years at least, I think, but we’re definitely on the road back.