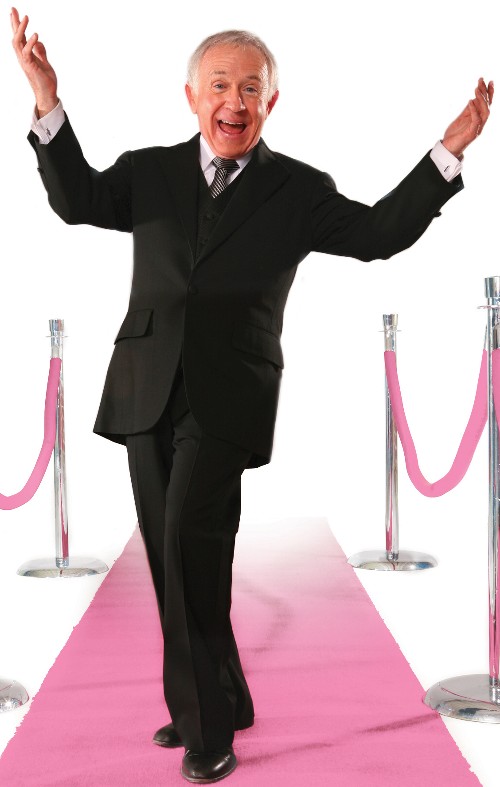 This blog has the tag line “What’s Good and What’s Gay in New York Theatre and Cabaret.” Well, queens, it doesn’t get much better — or much gayer — than Leslie Jordan’s one-man show My Trip Down the Pink Carpet. Leslie, who describes himself as “the gayest man I know,” also claims that he was put on this Earth to be a comic scene-stealer (who met his only match playing opposite Megan Mullally on Will & Grace). This innate gift gives the fey, diminutive Jordan more than enough power to thoroughly command a stage all by himself.

Pink Carpet isn’t just a laugh-so-hard-you-cry look at the world through ultra-gay eyes (though it is that in spades), it’s also an often moving look at the very best and worst of what gay culture has to offer. Every so often loud disco music interrupts and Leslie gleefully yelps “Gay Bar Music!!!!” as he launches into some first-class disco dancing. There’s a particularly funny bit where Jordan demonstrates “how we dance,” making hilarious distinctions between “butch queens” and “just queens — because honey, they’re all queens!”

He also looks at the profound self-doubt that comes with growing up and gay and hyper-effeminate in Chattanooga, Tennessee, and the booze and drugs he used to overcome that doubt. As emotional as things might get, though, a laugh is never far off in this show, whether it’s about Jordan’s active fantasy life that he shares with his diary, or outlandish reports of “how I got that role.” Mostly there’s a lot of dish about Hollywood: No outing, but we definitely get the lowdown on who is truly crushworthy in person — and who is nothing but a mean, nasty bitch.

I can’t think of another autobiographical show that is more pure, unadulterated fun than Pink Carpet — it makes a convincing case for Jordan being one of the very greatest gay comic talents of our time.