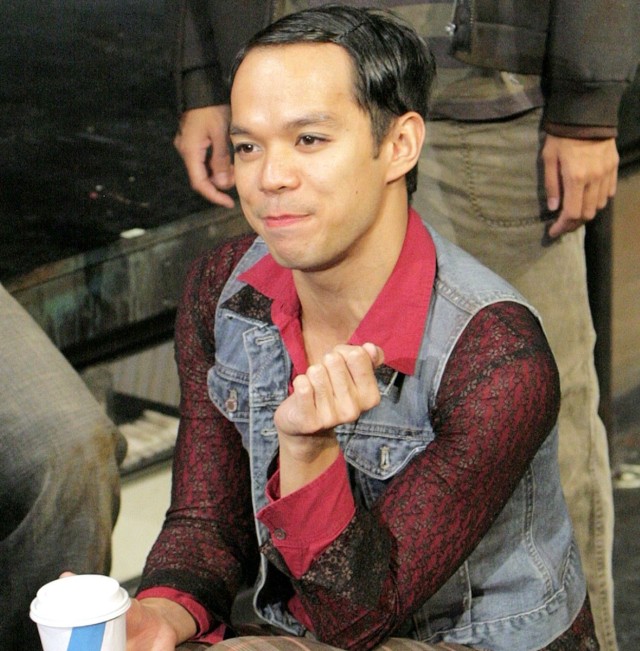 Playwright A. Rey Pamatmat’s Thunder Above, Deeps Below succeeds where many other adventurous gay plays of the recent past have fallen short. It does this in spite of not featuring a single character that comfortably identifies as gay. The closest is Filipina FTM pre-op transsexual Gil (played with great style and verve by Jon Norman Schneider), who passed through a period where he considered himself gay before he faced the problem of his gender. Gil is the conscience of the play, a major part of its success.

What the play successfully does is get its hands dirty with the hard truths about internalized homophobia, and the traumas a variety of societies and families inflict on anyone who is sexually different. The word “faggot” gets bandied around a lot, but, you know what, I find its use here a lot less offensive than when it’s used as a throwaway. Here, we’re getting an intelligent look at the twisted thinking that makes that word a potent tool for abuse and control.

Puerto Rican hustler Hector (soulfully interpreted by Rey Lucas) starts out harshly insisting that he’s not “a faggot.”It slowly becomes clear, however, that his protective attitude toward Gil, and distaste for his own poisonously closeted client Locke, belie more complicated feelings. Is he dealing with his own homosexuality in a convoluted way, or is he truly a deeply ethical straight boy trapped between his sincere compassion and the macho thuggishness expected of him?

Like many other things in the play, this isn’t ever completely resolved, but it is this very ambiguity that allows Pamatmat to get at the trickier truths that other plays miss. This only scratches the surface of what Thunder Above, Deeps Below has to offer, just a couple of its many intertwining plots. It’s an engaging, rich play that, though sometimes difficult, is finally deeply rewarding.