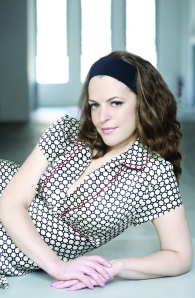 Connie Francis is perhaps best known for the song “Where The Boys Are,” a perennial favorite among gay men for obvious reasons—who doesn’t want to know where the boys are! But she was a truly multi-talented and versatile performer equally capable of growling blues and down-home country, and she’s still in the top echelon of the best selling female recording artists of all time. She also had an ongoing love affair with the pop and folk music of Europe, and was rightly known for her landmark albums in languages such as Italian, Yiddish and German.

Jenna Esposito, a great young belter, rummages though both Francis’s hits, such as “Stupid Cupid” and “Who’s Sorry Now,” and some terrific obscurities. The show combines the best of a rock concert (a five piece band and backup singers, complete with period vocal arrangements) and the intelligence, elegance and detail one expects from the best cabaret.

In her between-song patter Esposito enthusiastically  tells the story of Francis’s life, exploring the ups and downs, her hidden love with fellow teen idol Bobby Darin, Jenna’s touching personal story of meeting the great lady herself and much else besides. “Jenna Esposito Sings Connie Francis” is a winning throwback to Francis’s late 50s-early 60s heyday, sung by an engaging singer with some serious pipes!